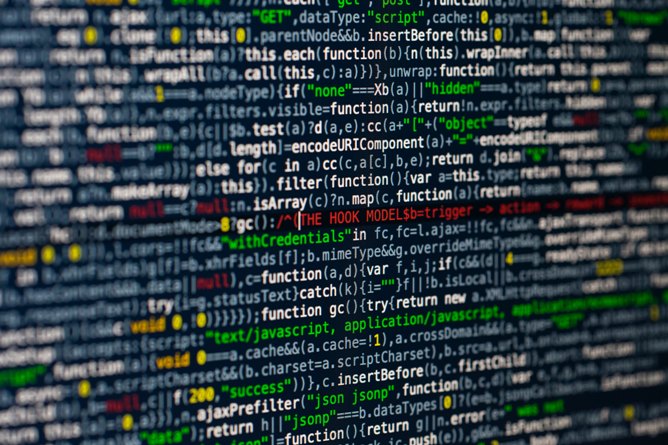 There are all the good incentives to want to run a masternode regardless of the cryptocurrency you support; apart from being awarded with a larger portion of bl

There are all the good incentives to want to run a masternode regardless of the cryptocurrency you support; apart from being awarded with a larger portion of block rewards that are sort of guaranteed dividends compared to normal nodes since masternode have extra capabilities and responsibilities in a network; masternodes directly contribute to coin’s ecosystem growth and security, and the owner gets to save their coins and watch them grow.

However, besides the fact that masternodes previously required a large amount of collateral to set up in the form of the network’s native coin, setting up a masternode traditionally was not only complex, involved many steps, and time-consuming but also limits these types of cryptos to tech gurus. One would also need extra-than-ordinary resources: a dedicated server, a dedicated IP address, a 24/7 uptime, constant monitoring for software updates and the technical know-how.

One-click masternodes feature extremely simplified setup process where installation would be done using a downloaded one-click installer, and GUI interface instead of the console command-based setups; plus it involves the VPS configured on the platform side so that the owner of the masternode does not need to do the would-be-complicated VPS set up to a layman; and this means even people with less technical know-how can set up masternodes.

Here are some of the masternode coins or coins with masternodes, that are trying to make it life easier for people desiring to invest in and through masternode;

Divi masternodes were the first-ever one-click masternodes to launch; Divi project allows users to deploy masternodes through a Windows app installer referred to as Masternode One-Click Cloud Installer (MOCCI), which provides an extremely easy and friendly way to set up masternodes for even people without any skills.

Besides, Divi Project are the inventors of the tiered masternode approach to investing in masternodes where anyone willing to invest in masternodes can choose a suitable level based/depending on their financial capability starting as low as 100,000 DIVI coins and each of the five-tier levels (from copper to platinum ) has different chances of winning rewards. Divi also features lottery blocks with a lottery being won every week.

Staking starts at 10,000 Divi coins with the ability to earn more staking rewards when staking a higher number of coins. Both staking nodes and masternodes are entered for the weekly lottery on the lottery blocks with one taking home over 250k Divis and 10 others over 25K DIVI weekly.

Of the working products already launched include a GUI-based desktop wallet that allows for one-click set up of masternodes and no-click staking, Desktop CLI for those who want to use command-line interface based inputs to set up masternodes and staking. The desktop is a true crypto wallet that allows for storage of crypto with personally secured multiple signatures. Divi will be launching their iOS and Android wallet in October that will support sending, receiving, organizing and spending a range of crypto.

PolisNode is a one-click masternode platform that seeks to make complicated and technical masternode setups a thing of the past, using Polis Blockchain and POLIS currency. Masternodes in this blockchain network not only support the network to provide more security technologically but also participate in the voting of new proposals. A total of 10% of earnings from PolisNodes is shared to all Polis masternode owners that participate. It features two major platforms PolisPay and Polis Nodes.

Masternodes have to vote on new proposals in order to get rewarded, otherwise, they are not. In order to allow anyone to start, run and own masternode and participate in the project regardless of their financial ability, the project allows the community to invest in one click-masternode solution at the lowest price possible in the market at the rate of $0.1 USD by day representing 3 USD by month. They also offer shared masternodes, masternode monitoring from a mobile app, etc.

For this network, hosting the masternode on the platform comes at a discount. Users are able to host their masternodes on a Vultr or other VPS services such as DigitalOcean, Amazon EC2, Google Cloud at an extra cost.

The dashboard allows users to track their investments and rewards for the masternode from the app.

The blockchain facilitates blockchain payments directly from wallets such that users can not only send and receive crypto to and from each other but also businesses can accept crypto as payment for goods and services.

The wallet is available for iOS and Android mobile.

PolisNode also already has to work PolisPay MasterCard card (beta testing with 500 cards) that allows users or crypto owners to convert crypto to fiat and spend it anywhere MasterCard is accepted at ATMs and merchant stores. The card will be managed also on the upcoming Android and iOS wallet. Using the card on an ATM costs $4.5 per transaction while using it on a POS terminal attracts a fee of $1.5. The service also attracts a fee of $35 yearly paid in Polis crypto and the maximum daily load on the card is 0.15 BTC. Per day withdrawals are limited at $2,500 and session withdrawals capped at $500.

The wallet currently lists Polis, Bitcoin, Litecoin, MNDCoin, GINcoin, Dash, Groestlcoin, ColossusXT, and DigiByte masternodes. In this case, the PolisNode app provides a glimpse of all masternode coins or coins with masternodes for those which are not masternode coins but have masternodes, the required coins to run a masternode for each project, the minimum price for a masternode, and the return on investment (ROI) in percentage. This way, PolisNode users are able to track what the best nodes to run is and at what time.

In the future, they plan on listing nodes that require a different technical setup and are not masternodes such as IDEX, HoriZen, Waltonchain among others.

The blockchain network will also have the Polis Foundation that will be a non-profit organization for running charities, communities, social movements, and crisis organizations and whose proposals will be approved by the community.

Xin-Fin also features the deployment of masternodes via a Masternode One-Click Installer, which is indeed a copy of what is offered by Divi Project, with support for a variety of platform or OSes – Windows, Linux, and yet to be launched MacOS.

Anyone wanting to run a masternode requires 10,000,000 XDC coins as collateral. There are two ways of setting up a masternode, the first being the option of using the one-click installer on a normal network on a home computer or by connecting with VPS cloud servers, and the second option is to delegate setting up to a third party service such as IndSoft.net.

The platform features a web wallet that allows to set up addresses, store, send, receive and swap coins and tokens as well as to purchase ENS domains, to interact with smart contracts, and do many more things. The web wallet also offers support for Ledger, Trezor, and many more hardware wallets. You can read the eight steps of setting up a masternode here.

However, unlike Divi or other pure PoS coins, Xin-Fin uses a hybrid of proof-of-work and proof of stake consensus algorithm to allow for mining in addition to staking. On the XDPoS consensus algorithm, masternodes validate transactions. Masternodes cannot be run by an anonymous entity on the network.

The Pirl blockchain has a one-click installer for their masternodes, for anyone wanting to set up a masternode and earn passive income in crypto. There is also the option of separately staking and setting up a masternode on a VPS server.

On the wallet and under the Masternode Tab, the My Masternodes and One Click MN Setup tab provide that ability to set up a masternode via GUI interface without needing command line inputs. After node registration, one sends 10,000 Pirl coins as collateral required for running a masternode on the network and then waits for the execution of the contract to complete.

One can also create masternode on Poseidon by entering the following values: Masternode ID Server username, Server password, Server IP: and then hit on “Create” button to create the masternode.

The Ethereum-based blockchain project whose goals are centered around Poseidon platform to simplify the process, also has multi-tiered masternode (3-tiers of Pirl Premium, Pirl Content, which requires 10,000 Pirls for collateral, and Pirl storage masternode which requires 10,000 Pirl coins) and claims to have introduced the first Ethash Based Masternode to the blockchain ecosystem.

The project plans to introduce other features such as Decentralized File Storage, Communication, Entertainment, and Escrow. The blockchain also features a web wallet but one can also connect Ledger, Trezor, Digital Bitbox or Secalot hardware wallets or MetaMask, Jaxx and Mist. The web wallet allows users to send, receive and store cryptocurrencies.

Qyno features both Cold Wallet One Click and Linux-based Hot Wallet, One-Click options for those intending to run a masternode on their blockchain network. One can deploy on a VPS server and install a control wallet on their home computer with the latter allowing to set a masternode via the GUI wallet.

The platform features the Qyno Coin with InstantSend and PrivateSend features to make transactions instant, anonymous and nearly free to send crypto. The masternode plus PoS coin uses NeoScrypt algorithm.

They plan on integrating physical and digital commerce and therefore will have an exchange. Qyno currently has Windows, Linux, Mac, Raspberry, Android, and iOS compatible wallets.

BiblePay features One-Click set up a script that allows deploying of a masternode on a home computer or controller wallet but the masternode can also be connected and run on a VPS cloud Linux server. This one has a rather complicated set up than others in the list and may not actually qualify as a one-click masternode solution: To set up, one requires two machines with different IP addresses and 4,500,001 BiblePay coins for the masternode.

The Controller wallet is installed on a local Windows PC and acts as cold storage for the coins compared to storing coins on the sanctuary hot wallet. The script is then downloaded and run via ./masternode-install.sh and installed and the private key is copied to the controller wallet masternode.conf file.

The user will then download and install the latest version of BiblePay on their Windows PC then can run and sync it with blockchain and send the coins to the controller wallet. Then the controller wallet is configured to connect with the Sanctuary Linux wallet on a rented VPS server. The entire process can be gotten here.