[Article] Why Is the Dollar Weak? Because the Rest of the World Is Strong 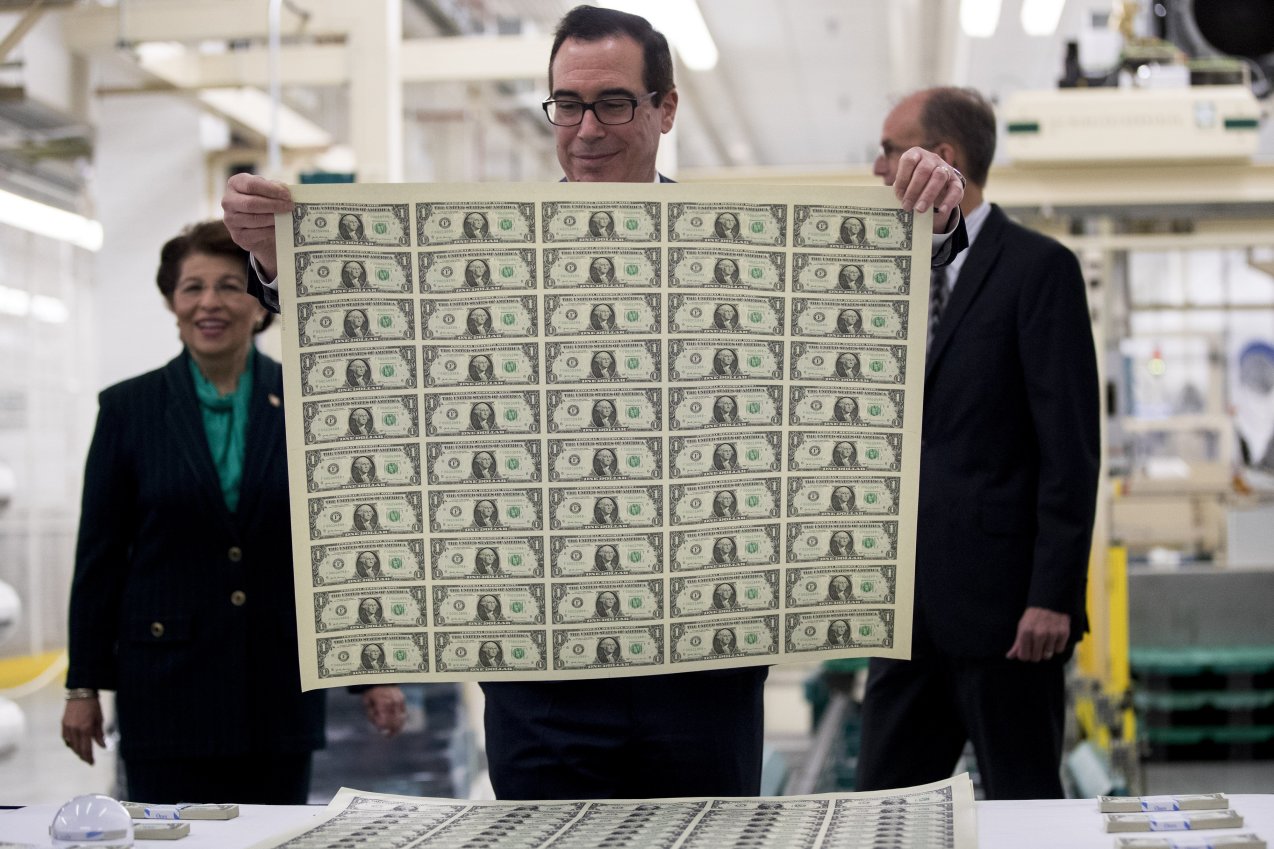 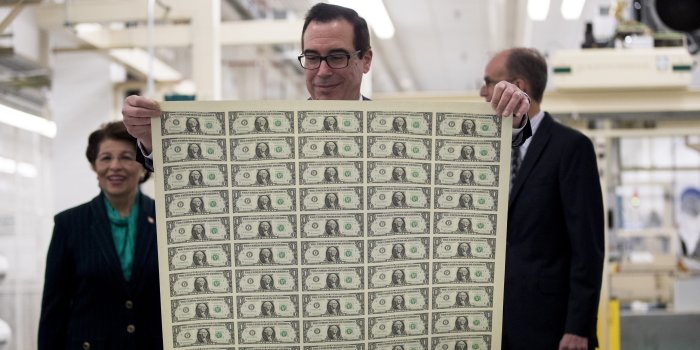 Why Is the Dollar Weak? Because the Rest of the World Is Strong

Companies are rushing to announce investments in the U.S. thanks to tax cuts and deregulation. Yet the dollar is having its worst 12 months since 2011. The explanation for the weak dollar is simple and puzzling.

American companies seem to be heeding Donald Trump’s sales pitch—they are rushing to announce investments in the U.S. thanks to tax cuts and deregulation. Yet the dollar is having its worst 12 months since 2011, giving back half the gains it made since it began to soar three years ago.

The explanation for the weak dollar is both ludicrously simple and deeply puzzling. The simple explanation is that the economies in the rest of the world are finally growing again, so their currencies are strengthening. The U.S. economy isn’t improving as fast—because it was stronger to start with—so the dollar’s falling.

The puzzle is that other markets, particularly bonds, aren’t telling the same story. Bond investors, anticipating more Federal Reserve increases, have pushed the two-year U.S. Treasury yield above 2% for the first time since just after Lehman Brothers collapsed in September 2008.

That should draw more investors to the dollar, especially compared with the low-yield euro. Yet the dollar is plummeting against the euro, even while the extra reward for a two-year investment in U.S. bonds compared with those of Germany has soared.

There are several proposed solutions to the puzzle, but none is really satisfactory.

One theory is that the Bank of Japan’s and the European Central Bank’s current dovishness means the market is paying more attention to the far future. The ECB isn’t expected to raise rates until early 2020, so changes in the economic—and eventually inflation—outlook wouldn’t affect bonds maturing before then. Rather than look at the extra yield available over two years, investors need to look further out.

For a time last year this theory seemed to be the explanation. The gap between longer-dated bonds closely tracked the dollar-euro exchange rate, suggesting traders were moving money to take advantage of higher yields. But since October that relationship has also broken down, with the extra yield for holding U.S. 10-year Treasurys rather than German bunds rising, and the dollar falling.

“You’ve got a two-year German-U.S. yield differential you haven’t seen in 20 years and still the dollar just can’t get a break,” says Simon Derrick, chief currency strategist at Bank of New York Mellon .

He thinks the puzzle could be created by the Fed’s starting to cut its bondholdings, confusing the usual signals. He points out that the correlation between bond-yield differentials and exchange rates broke down during the first two bouts of quantitative easing. The flaw in the theory is that the dollar has moved in the wrong direction: Fed tightening ought to mean a stronger dollar.

Other theories are hard to prove too. The extra yield for holding long-dated instead of short-dated bonds has been coming down (the yield curve is flattening, in the jargon) in the U.S., while it has gone up since the start of 2017 in Germany. The result is that those chasing this extra yield would find Europe more attractive—but as Mr. Derrick says, no one trades the European against the U.S. yield curve, and the curves haven’t moved with the currency in the past.

A promising theory is that several central banks have distorted bond yields further in the future, by fixing low rates for the next couple of years. Look instead at one-year Treasury yields five years ahead in the futures market, and the extra yield offered by the U.S. over Germany has fallen since October, along with the dollar. Again, though, the relationship wasn’t good in the past, and Barclays ’ head of G10 FX strategy Marvin Barth says there is no consistency in which bond future appears to matter. In short, search enough data and something is bound to look like it is the explanation.

Both yield curves and bond futures are attempts to find figures to back up the broad theory that the dollar is weak because the rest of the world is strong. Anecdotally it seems clear that investors have lost their fear of a euro breakup, a Japanese return to deflation or another emerging-market taper tantrum, and so are willing to chase returns outside the U.S.

Currency markets are always keen on conspiracy theories, and loose talk by U.S. Treasury Secretary Steven Mnuchin last week fueled the idea that the U.S. wants a weaker dollar to boost its exports. Listen to what Mr. Mnuchin actually said, though—“the dollar will fluctuate” was my favorite—and it seems like a classic market overreaction to a neophyte official who is just learning that it is best to say nothing about the currency.

Finally, there is the role of speculators. Hedge funds and other speculators last week reported record bets on a rising euro and sterling, according to Goldman Sachs , and very large bets on further falls in the dollar and yen. If there is an economic or inflation surprise, a rapid unwinding of these positions would see the dollar strengthen and would see yield differentials reasserted as the driver of currencies.

Monday’s rise in the dollar might be the start of a reverse. Equally, global investors might keep on chasing returns from the global economic recovery for a while yet, rather than pouring money into a bet on Mr. Trump reviving America.

Thanks so much for these! I love doing dctv news clips from stuff posted in the pub!