Abstract: In this piece, we look at a common problem facing both distributed exchanges and cross-chain atomic swaps: what we call the “inadvertent call option.” Non-custodial fully-distributed trading systems often inadvertently create an American-style call option, rather than the more simple desired operation of exchanging one asset for another. We review how this same issue applies to some specific distributed trading platforms like Bisq and particular cross-chain atomic swaps constructions. We then look at how IDEX solves this problem, but then requires users to trust the platform operator, to some extent, by removing some benefits of distributed exchanges. We conclude that despite the added complexity, in some circumstances it may be better to embrace the call option feature as a viable product, rather than ignoring or fighting it. 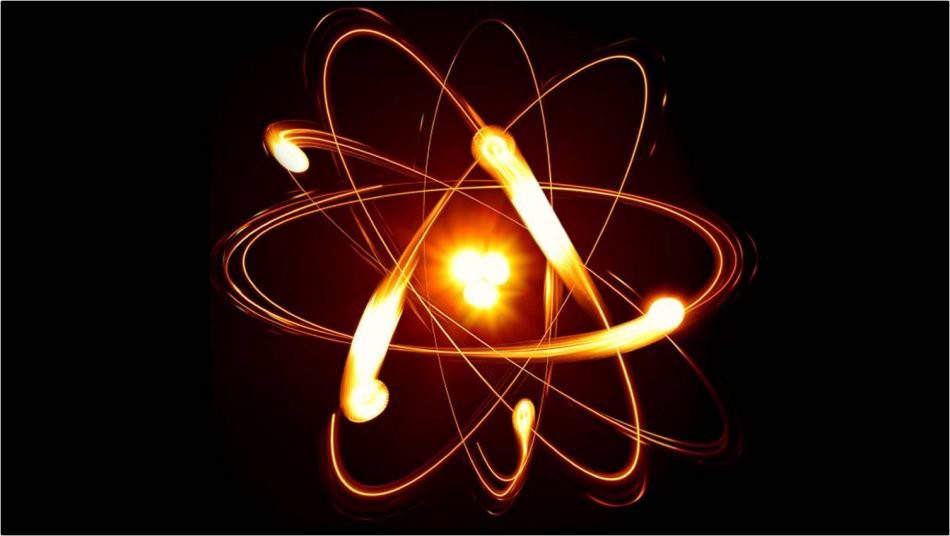 The Theory Of The Inadvertent Call Option

When trading one cryptocurrency asset for another in any fully non-custodial system, one party must act first and the second party must follow. In theory, at some point, this second party then has optionality: – he or she can either follow through and complete the trade, or take no action and stop the trade. In the time interval between the first party taking the necessary action and the second party being required to act, if the price of the token the second actor is attempting to buy falls in value, or the price of the token he is selling increases in value, he could refuse to complete the trade. This means the following:

These exchanges can either happen atomically or as two separate transfers. Let’s consider Alice buying Bitcoin from Bob, using Litecoin.

(e.g. Cross-chain atomic swaps).|One party must act first and then the second party can decide to execute both trades or not. This decision can be influenced by price changes in any of the two assets in the intervening period. This provides the second party to act with optionality.|
|Non-atomic trading|It is possible for one of the transactions in the trade to succeed and the other to fail. In this case, typically a quasi-custodial mechanism such as multi-signature escrow, is required to prevent cheating for at least one side of the trade

(e.g. Bisq-type platforms).|One party must act first and then the second party can decide to execute his part of the transfer or not. Failing to execute the second transfer could result in either:

Either way, the second party has optionality.|

As the table above illustrates, whether the trading is atomic or not, the same optionality principle applies.

One may think this is an insignificant issue, as the time periods can be short or the option value may be low; however, this is typically not the case: the option period is often around 24 hours and cryptocurrency prices can be very volatile. This high volatility is typically the reason traders wish to exchange the tokens in the first place. Therefore, the option value can be significant and impact trading.

It may be possible to mitigate or solve this problem by using more steps involving more deposits, but we have not yet observed a system achieving this. The other way to mitigate the problem is via the reputation of individual traders and a distributed web of trust-based systems, with traders revealing a form of identity. Traders can then lose reputation if they cancel trades based on price volatility. However, this may greatly increase the complexity of the systems, as functioning sybil attack resistant distributed reputation systems are also challenging to construct.

Bisq (previously known as Bitsquare) is a peer-to-peer application, which enables one to buy and sell cryptocurrency with fiat money, as well as trade between crypto-tokens. Bisq is essentially a DEX, as traders connect to each other over a peer-to-peer network and transact with each other directly. 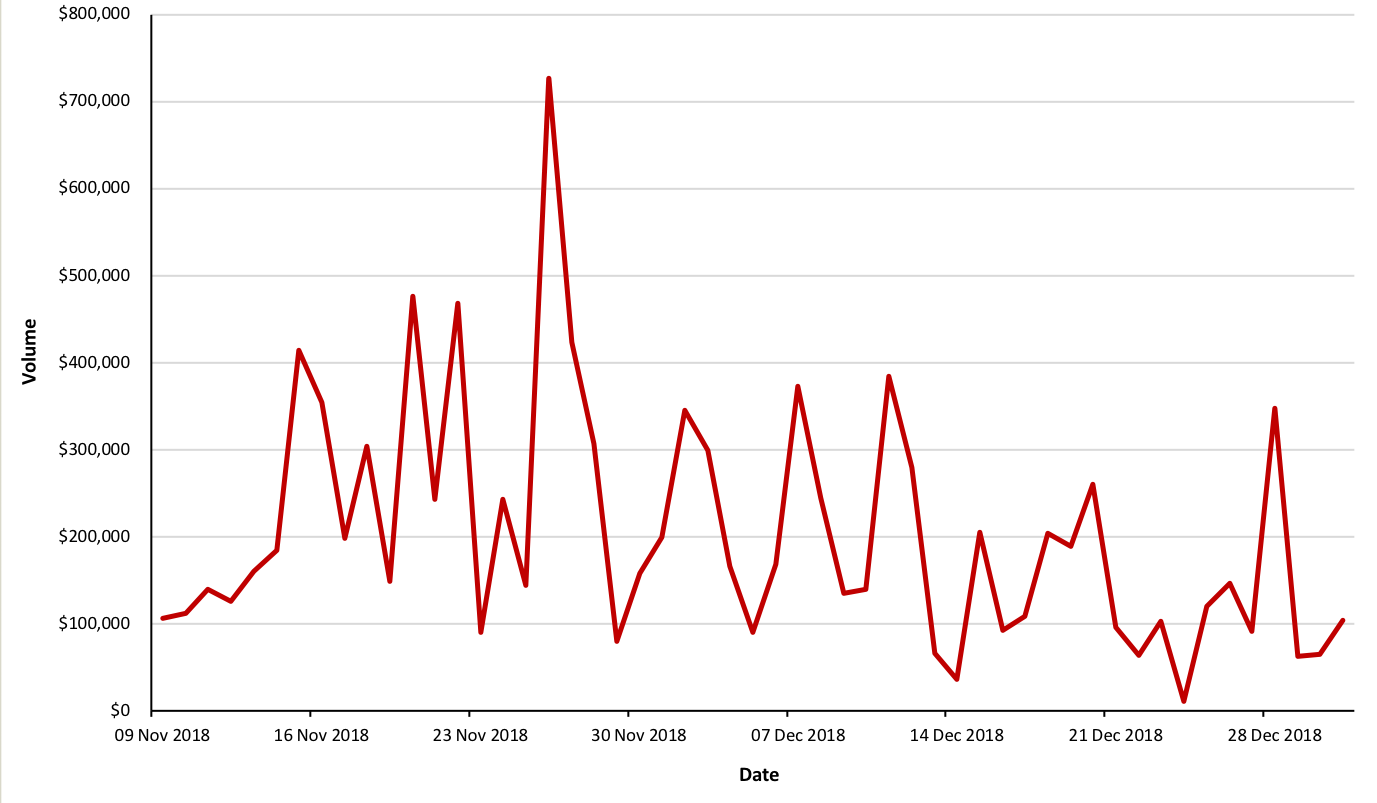 Screenshot from the Bisq platform 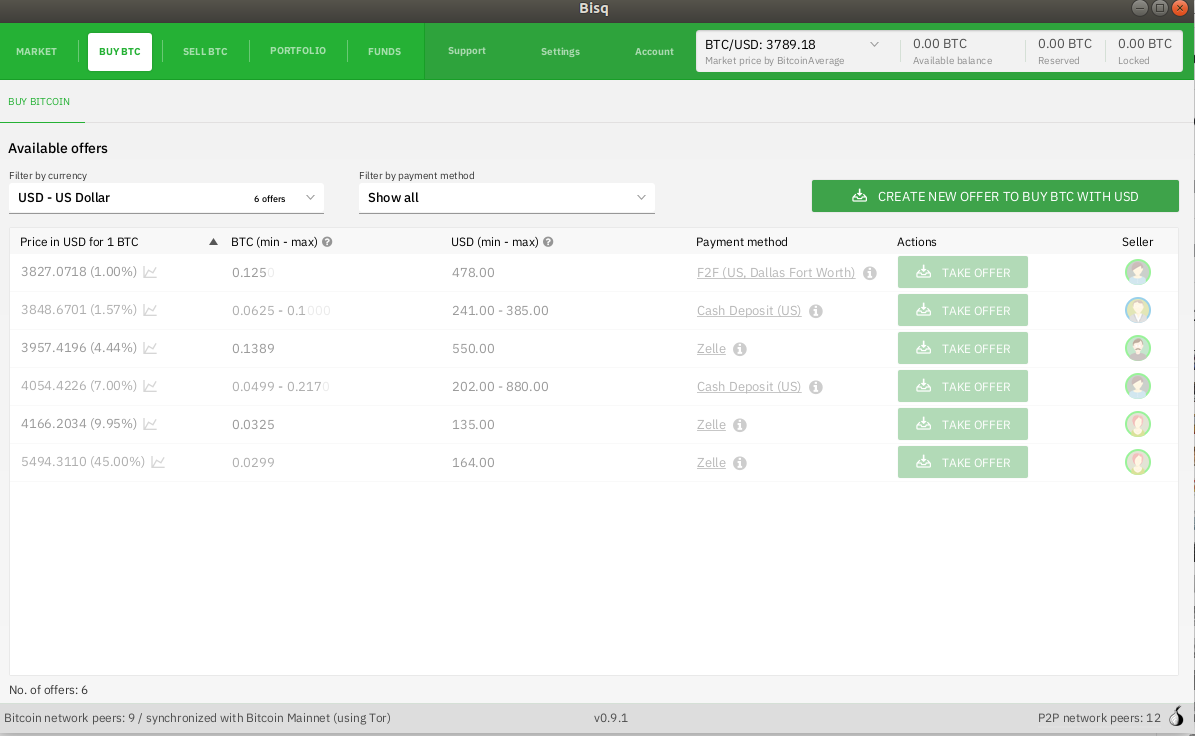 Below we explain some examples of potential trading activity on Bisq and describe the resulting options.

The above represents Alice buying Bitcoin; however, when considering the economic incentives involved, since Alice can back out of the trade with limited consequences, one could consider that, after step 2, she has acquired the following American-style call option:

Therefore, when Bob determines the value of the deposit Alice is required to pay, in theory he should consider Bitcoin’s volatility and use options pricing systems to ensure Alice is unable to acquire the option for a cheap price. Based on the prices currently available on Bisq, it appears many of these options are undervalued.

Again, the above example may be considered as Alice buying Bitcoin; however, when considering the incentives, since Alice can back out of the trade with limited consequences, one could consider that she has acquired the following American-style call option:

If one is trying to capture the benefits of buying a call option with a low premium, this Monero trade may be more beneficial than the U.S. dollar version, since the Monero price is more volatile, and therefore the value of the option is higher. Since the Monero price is more volatile than Bitcoin, it may be more economically correct to conclude that Alice has acquired the following put option, rather than a call option.

As a trader, if one wants to take advantage of this structure, one could purchase these Monero puts for a low premium and then hedge the exposure by going long Monero on a centralised platform. However, Bisq has small position limits and therefore the size of the profit-making opportunity is limited.

Although it may make marketing the platform more challenging, it might make Bisq more robust to rebrand these trades as options and encourage sellers of Bitcoin to set the deposit price such that it’s consistent with the premium payment for the equivalent option based on the price volatility of the assets involved, for example by using the Black–Scholes model.

We believe cross-chain atomic swaps were first described by TierNolan on the Bitcointalk forum in May 2013. Cross-chain atomic swaps allow users to exchange one asset for another atomically, such that the entire process either succeeds or fails. This allows for no risk for either party losing out by only one of the two transfers completing.

The following illustration describes the on-chain atomic swap process. It is based on a swap between Alice and Bob, with Alice exchanging 1 Bitcoin for 100 Litecoin belonging to Bob.

The transaction can be redeemed when either:

The transaction can be redeemed when either:

|
|13|Bob|Bob spends the output of transaction 1 to himself, using the X Alice provided above. Bob now has 1 BTC.

As the table illustrates, although one is attempting to structure an atomic swap, similar to Bisq, it has inadvertently resulted in an American-style call option. The same issue appears to apply to either multi-currency routing via the lightning network or off-chain lightning-based cross-chain atomic swaps, during the construction of the channels. It could be possible to solve these issues with more steps and a longer series of deposits, although this added complexity may make implementation more challenging. Just as for Bisq above, it may be more appropriate for cross-chain atomic swap developers to embrace the call options and make it the product, rather than to try to brush this problem under the carpet or solve it with added complexity.

IDEX is an exchange platform using the Ethereum network. Traders deposit funds into an Ethereum smart contract, where the signature of both the traders and the IDEX platform is required to submit orders, execute trades, or make payments.

After a certain time horizon, users can withdraw funds from the smart contract without a signature from IDEX, which protects user deposits in the event that IDEX disappears. Order submission, order cancellation, and order matching is conducted off-chain on the IDEX servers, to allow for a fast and seamless user experience. The events are then submitted in sequence to the Ethereum blockchain and are only valid with a valid signature from the users. Therefore, IDEX is unable to steal user funds or conduct trades without user authorisation.

According to Dex.Watch, IDEX is the global number one Ethereum-based DEX, with an approximate market share of 50%. IDEX-type platforms are in many ways more advanced than the exchanges above as they can solve the call option problem by having both party’s funds partially held in escrow during the trading period. 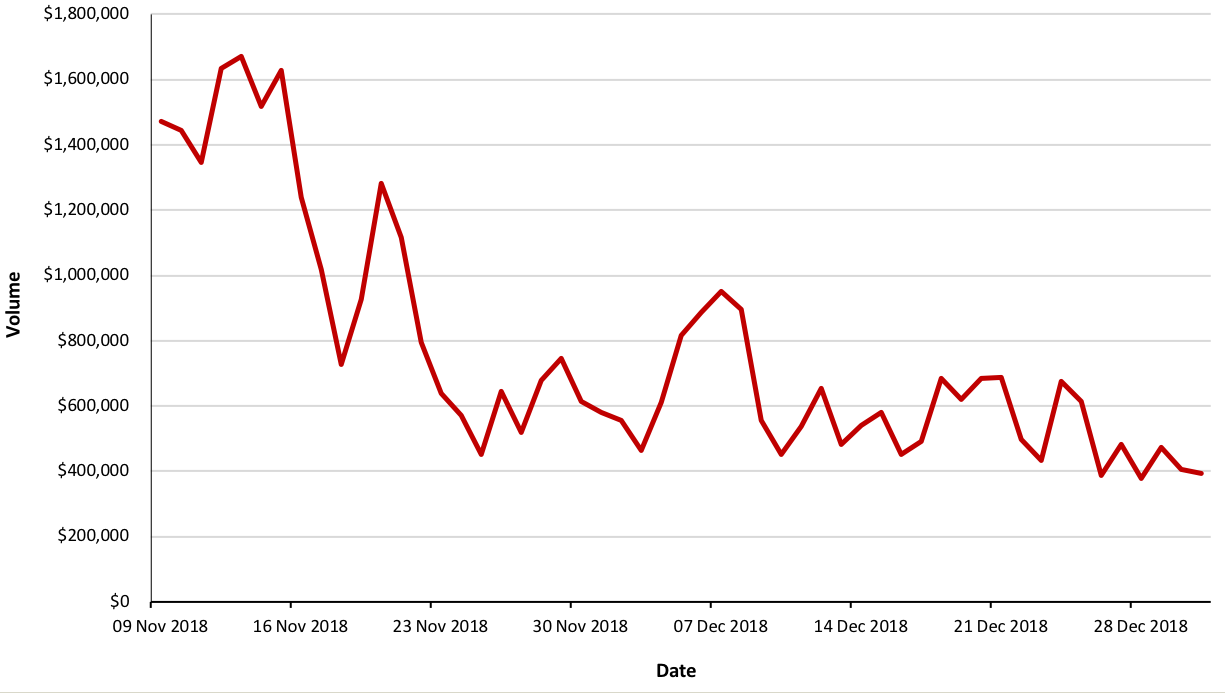 Although IDEX cannot steal user funds or conduct trades without authorisation, the order of events is determined centrally by IDEX. IDEX could fail to execute an order in a timely manner as well as front run orders or fail to execute an order cancellation in a timely manner. Therefore, while users are protected from some risks common in centralised exchanges, in practise they are still exposed to many of the risks most often talked about with respect to typical centralised exchanges. However, we still consider IDEX type platforms to potentially be a significant improvement compared to the fully centralised alternatives. IDEX also has other limitations such as one can only trade Ethereum-based assets and the platform is eventually constrained by Ethereum network capacity.

In some ways Bisq’s model is more ambitious than IDEX and cross-chain atomic swaps. IDEX limits itself to tokens that exist on the Ethereum network while atomic swaps only deal with some cryptocurrencies. In contrast, Bisq attempts to handle fiat currencies such as the U.S. dollar. While solving the call option problem may be possible using Ethereum smart contracts or more complex lightning network constructions when, fiat currency is involved, it may be impossible to solve.

Of course atomic swaps and an IDEX type platform could work with US dollars if there is a working distributed U.S. dollar stablecoin. This illustrates how the two holy grails, distributed stablecoins and distributed exchanges, are interrelated. In a catch-22 type situation, each can only function robustly if the other exists.