To many, Bitcoin’s shot at “real-world” utility is defined by the yardstick of Visa’s transactional throughput; yet, the original cryptocurrency now purportedly handles more annual transacted value than PayPal—and appears to be gaining on Visa, fast.

Reporting $1.3 trillion processed in 2018 alone, the dollar value of all Bitcoin transactions has effectively outstripped online payment processor PayPal and Discover credit card, and stands “an order of magnitude away from Visa,” according to Yassine Elmandjra, a cryptocurrency analyst at ARK Invest, a New York-based investment firm.

Look 👀 at the transaction *value*, NOT the transaction *volume*. $3-4 B worth of bitcoin has been transacted daily in the last year. At ~ $1.3T annually, Bitcoin’s base layer transactional value is within an order of magnitude away from Visa’s. https://t.co/KhGva4I1rB 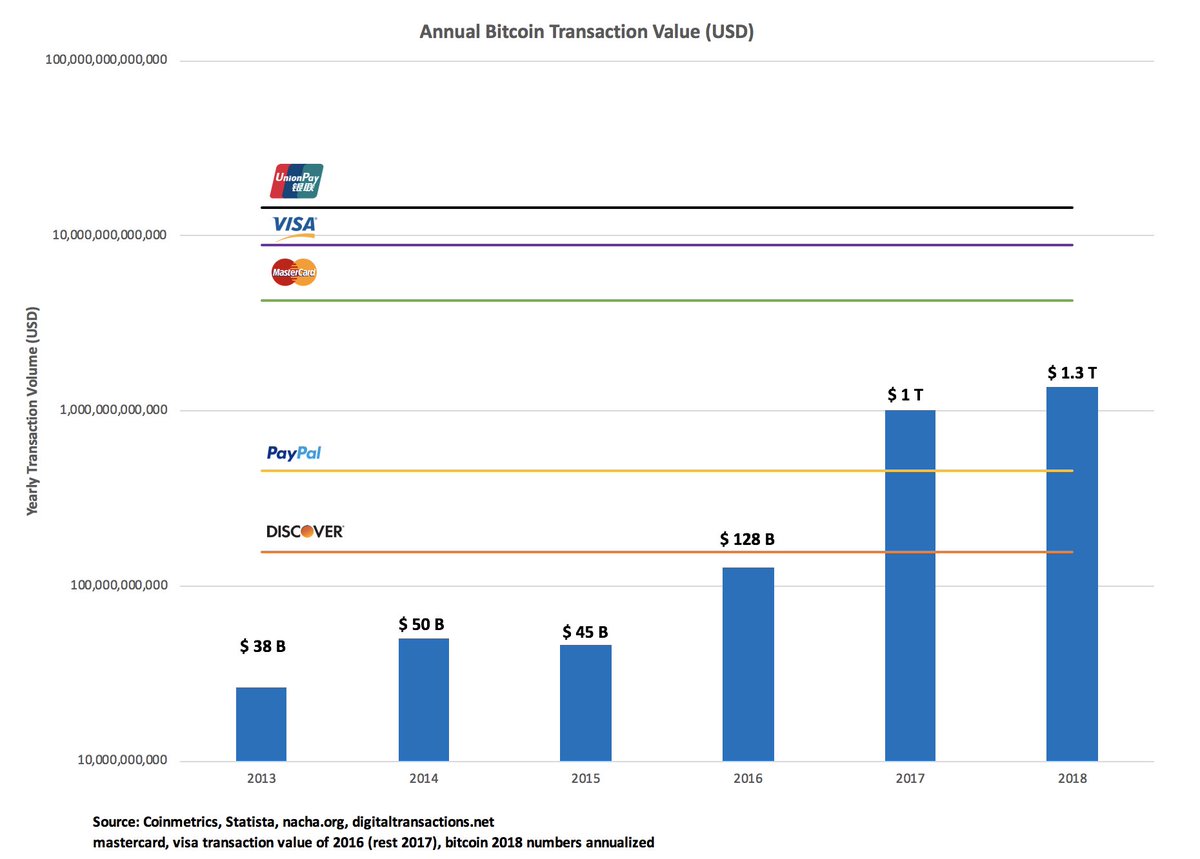 While Visa handled a lofty $8.9 trillion in 2016, Bitcoin appears to have a long road ahead to dethrone the U.S.-based payment giant in terms of transaction value; yet the numbers tell a different story.

Since 2015, the largest cryptocurrency by market capitalization has exhibited a seemingly relentless rate of growth, with 2017 seeing an eruptive, eightfold increase in transaction value.

Should it continue its current trajectory—an 80.17 percent increase per year from 2013 to 2018 Bitcoin will overtake Visa in 2022, theoretically handling over $13 trillion in payments.

Unlike the more contrived, market-specific payment protocols in recent years, Satoshi Nakamoto’s decidedly hands-off creation of Bitcoin seems to have spawned an age-old debate over the cryptocurrency’s purpose.

Where some suggest the coin should scale to the high transactional throughput of payment giants like Visa, others maintain Bitcoin was created purely for high-value transactions and remain unfazed by the cryptocurrency’s slow confirmation times and high transaction fees.

Elmandjra would appear to land in the latter, stating that Bitcoin was “never supposed to” reach such levels of throughput. In contrast to the aforementioned tweet, the analyst displayed another chart with Bitcoin’s more humbling base layer throughput:

Bitcoin’s base layer transaction volume doesn’t compare to Visa’s, MC’s et al. But it was never supposed to. https://t.co/jiPpxR4SOQ 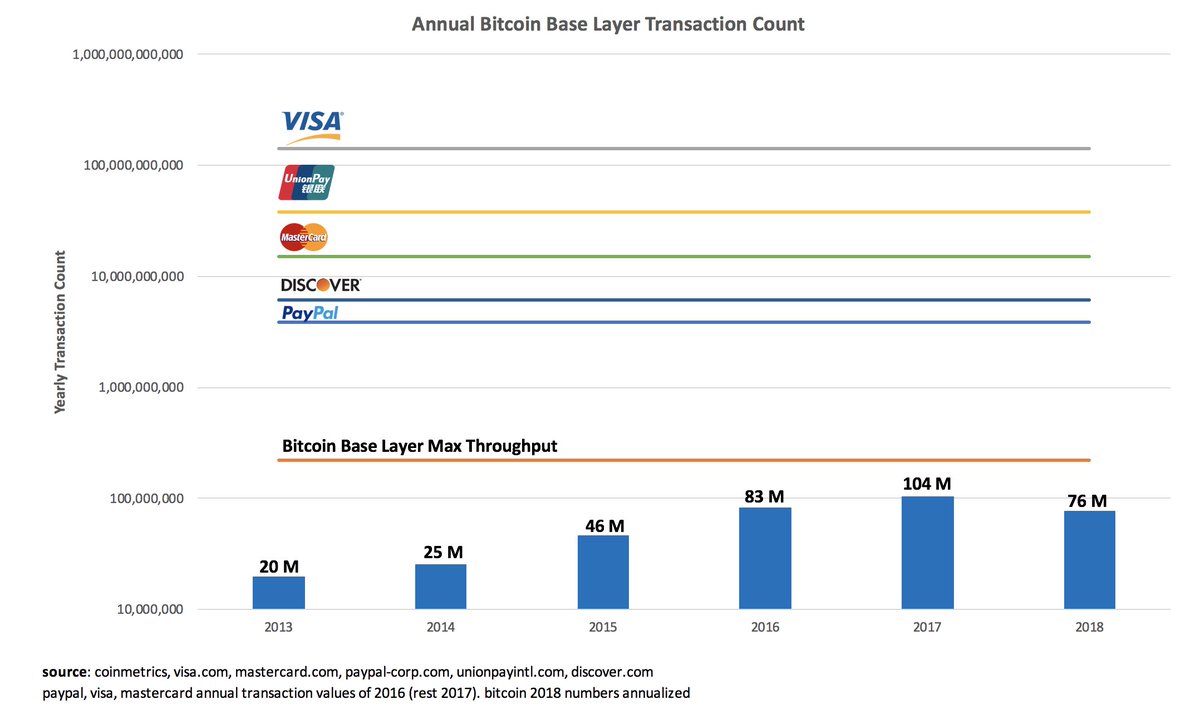 All existential questions aside, some claim value is not a worthy means to measure adoption. One user suggested in Elmandjra’s thread that the bulk of Bitcoin transactions come from “speculative trading” and a comparison with Visa “couldn’t be more apples to oranges.”

However, the news may come as music to many ears, as the Bitcoin community juggles a plethora of scalability solutions including the second-layer Lightning Network and the more intrinsic SegWit, as well as external solutions, namely the Bitcoin die-hard’s antithesis, Bitcoin Cash—all of which may now be figurative cherries on top of a possible salvation.