At the recent 2019 MIT Bitcoin Expo, there was a debate, which turned out to be more of a discussion, about the usefulness of permissioned blockchains versus permissionless cryptocurrency networks like Bitcoin.

Much like a similar panel at SXSW, a key distinction made during the conversation had to do with the utility of something like Bitcoin for financial activity that would normally be suppressed or censored in the traditional financial system.

This point leads to the conclusion that Bitcoin does not compete with Visa or Mastercard. Instead, Bitcoin (as a payment network) should be compared to other systems that are used for regulatory arbitrage.

Although the early advocates of Bitcoin who were working on startups in Silicon Valley were raving about the peer-to-peer digital cash system as mainly a payments innovation back in 2013, things haven’t really panned out that way.

“Visa and Mastercard already won in many respects,” said applied cryptography consultant and former Bitcoin Corecontributor Peter Todd during the recent panel at the MIT Bitcoin Expo. “When you’re talking about the sort of things [Visa and Mastercard] already compete well in, Bitcoin doesn’t have a hope.”

By early 2018, it appeared that many Silicon Valley startups that were focused on payments realized the error of their ways, as they pivoted to use cases based on price speculation aruond various crypto assets.

Todd added that Bitcoin shines brightest in areas where regulations are restricting the flow of money.

“The Visa [and] Mastercards of the world have a very difficult time of competing there,” added Todd. 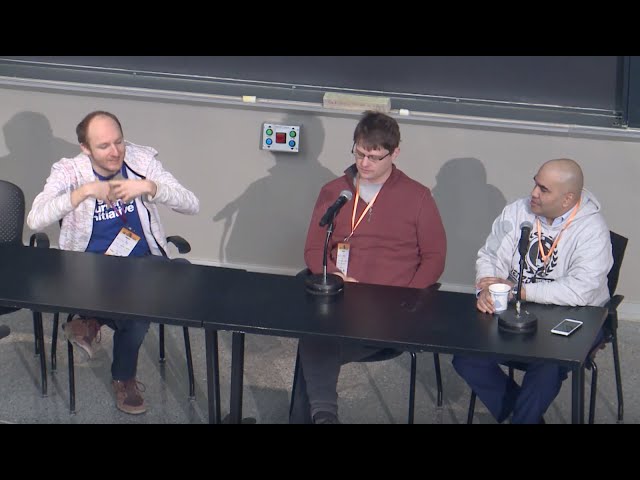 What is Bitcoin’s Real Competition?

In terms of a more logical competitor to Bitcoin, Todd pointed to international payments companies like Western Union.

“When you look at the history of Western Union, it’s mostly a history of dodging regulations all around the world and paying billions of dollars worth of fines and fees and so on to make this happen,” said Todd. “Of course, we don’t recognize that because we just go see the friendly Western Union agent, but that’s what’s actually happening in the background there, and it’s a constant for them for: How do we keep running in these crazy countries?”

In terms of an even scarier competitor to Bitcoin, Todd pointed to an abandoned project from the Royal Canadian Mint, who produces coins and paper currencies for various countries around the world. Todd briefly outlined the plan, known as MintChip, during the panel discussion.

“I think they institutionally wanted to survive, and they proposed a hardware-based digital currency system where — long story short — it would be very difficult for the Canadian government to censor once they created it. And it also had very good privacy. Well, of course the project got canned,” explained Todd.

Todd added that, had this plan been approved, the world would have effectively had anonymous payments over the Internet that were difficult to shut down.

“That would have been a very powerful thing,” said Todd. “Will a government go and decide to actually make this happen? Maybe.”

As it stands today, governments still do not seem interested in issuing any form of anonymous digital cash. For example, President of the Finance Committee of the French National Assembly Éric Woerth recently shared his view that cryptocurrencies focused on adding extra privacy protections should be banned.

It should be noted that a differentiating feature of bitcoin compared to government-issued forms of anonymous digital cash would be the underlying monetary policy of the system. In this way, bitcoin would still be useful as a hedge against currency debasement in the unlikely scenario where some government does issue a digital currency with strong privacy guarantees.