After following the instructions in this course, you’ll be able to build your own custom Ethereum token with or without an accompanying DAO and app.

What We’ll Be Building

The project we’re building is called The Neverending Story (TNS). The full project is coming soon to story.bitfalls.com. Its full code is on GitHub. 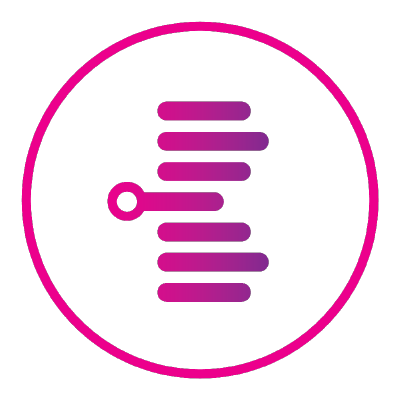 Contribute to bitfalls/storydao development by creating an account on GitHub.

The Neverending Story is a web application with input fields (text and image) where users who have MetaMask installed can send in a paragraph of text or an image, depending on certain conditions. (The image only appears once every 50 paragraphs and can only be a URL.)

The full story is rendered next to the input fields. The more entries that exist in the story, the more expensive it is to submit an entry. Submitting an entry is an action available to everyone who pays the fee, is whitelisted, and has at least one TNS token.

Stakeholders (TNS token holders) will be able to vote on proposals, and any proposal reaching more “YES” votes than “NO” votes will get approved. The number of votes does not matter; the ratio matters. Proposals need to be open for votes for a given period of time, depending on type of proposal.

Later on we can add other types of proposals using the same method.

The proposals all need to be clearly listed somewhere in the UI of course, so that people know their votes are needed. A voter needs only one TNS token to be able to vote, but the more tokens they have the more their vote is worth.

Important: a user’s tokens are locked during a vote. That prevents a whale TNS holder from overpowering every active vote. The voters will have to distribute their voting power on votes that matter to them.

After 1000 entries or three weeks of time, a chapter’s end can be called by any user. The DAO will then distribute collected ether to all TNS holders, proportionate to their balance. A holder does not need to be whitelisted in the DAO to get dividend ether. They only need to hold TNS tokens at the moment of distribution.

The distribution is a pull-mechanism: the holders need to call the withdraw function of the DAO to get their ether. It will not be automatically called. The withdrawal window is 72 hours. 50% of the unclaimed ether goes to the owner, while 50% goes into the next chapter’s dividend.

1% of every submitted entry fee goes to the current Owner. The rest is put into a pool and distributed to all TNS holders after every chapter ends, proportionate to their TNS holdings.

The Owner’s fees go into a separate balance from which they can periodically withdraw at will.

To get whitelisted, the user must send 0.01 ether to the DAO. All future purchases of tokens are at a much lower price. The 0.01 ether entry fee is there to prevent Sybil attacks. If the user sends more than 0.01 in the first go, the 0.01 go towards the whitelisting, while the leftovers will be used to calculate how much more TNS the user gets. All tokens will be sent back to the user in one go.

In a nutshell, think of this project as a crowdsourced choose-your-own-adventure story with crowd curation and community censorship. A story-DAO.

We’ll do two bootstrapping procedures: this one will focus on running our own real Ethereum blockchain locally. It will use Proof of Authority as a consensus mechanism, and function as any real Ethereum testnet would.

Note: the approach in this section currently might not work because of a bug in Puppeth. It’s being worked on. For now, prioritize getting Ganache (see below) up and running instead.

If you’re curious, learn more about Mist and Geth here:

Explaining Ethereum Tools: What Are Geth and Mist? - Bitfalls

Let's explain some Ethereum tools necessary for proper participation in the network: Geth and Mist. One is a node, the other connects to it, but what for?

We need VirtualBox and Vagrant because we’ll be using this approach to launch two virtual machines on which our nodes will be running, simulating two computers running an Ethereum node.

You’ll end up with two running nodes. Each will be mining to its own address. Make a note of those addresses. Mine were:

The second type of bootstrapping we can approach, and this is particularly useful for testing our contracts, is Ganache CLI, previously known as Testrpc.

Ganache is a JavaScript-based blockchain simulation running locally. It re-runs the blockchain from scratch every time we run tests or relaunch our app. This helps us test edge cases quickly but doesn’t lend itself well to long-term testing of long-lasting contracts.

Then, simply run ganache-cli and you’re ready. You should see output similar to this one:

What Ganache is doing here is starting a private blockchain with virtually no mining time and no nodes. It executes transactions as soon as they come in. It’s also generating 10 addresses pre-loaded with a lot of virtual ether, and spitting out their private keys so you can import them into various tools like MetaMask, MyEtherWallet, or the previously downloaded Mist.

We’ll be using a mix of this method and the method above, depending on our needs, so make sure you set up both.

Note: preferably and alternatively, use the Ganache UI tool to have a visual interface for managing your Ganache blockchain.

Use this guide to connect to the private blockchain (either version) with tools like MetaMask, MyEtherWallet, or the previously downloaded Mist. Both bootstrapping options, when running, run on localhost:8545 by default, so the process of connecting to them is identical.

Now that our app’s rules and features are laid out and our private blockchain is set up and we can connect to it, let’s focus on tools, packages, and dependencies next.