Crypto projects are raising tens or hundreds of millions of dollars, but they’re rarely treated as real fiduciaries.

Investors have relaxed due diligence because of “liquidity” in the form of a never-before-seen greater fool to hand off poor investments to. Combined with inexperienced mostly-dev teams, first time founders, and Series B or C capital, this is a recipe for disaster.

Sentiment is polarizing with traditional venture investors, though the consensus seems to be: “This looks interesting but 95% of these projects are expensive operational disasters with no investor protections.”

The entire lifecycle of the ‘firm’ has been compressed into an overnight process because of the mechanics of an ICO. This often results in dysfunction, misaligned incentives between stakeholders, miscommunication, internal conflict, ineptitude, and in some cases: outright fraud.

Projects can and should use startups for a broad framework of how to grow and build a team. At the end of the day, that’s what the majority of the crypto ecosystems are: fragile early-stage startups that are extremely well-capitalized.

While this feels obvious, its immediately clear that the importance of many of these roles has been diminished in a bull-market where two key job functions has trumped all others: (1) fund-raising and promotion and (2) “smart contract engineers” (read: engineer who can deploy off-the-shelf token sale contract).

“Smart money” investors are not in the clear here — most returns in Q4 2017 were fueled by liquidity provided by hype-motivated late-comers rather than any fundamental advancement of projects. As investors clear their conscience (and finish marking their books) in this drawdown, the next wave of institutional capital will have higher expectations around project offerings.

Leading up to the next “cycle”, we’ll start to see significant progress made in top projects across a few axes. As more conservative institutions begin deploying capital into the space, these are ways I anticipate projects will seek to improve the legitimacy of their offerings:

Management of massive amounts of capital is often ridiculed as an inherently “suit” driven corporate function, though capital allocation is a crucial indicator of success for top CEOs and companies. Most investors are blissfully unaware of how raised capital is being secured, let alone how it’s being spent.

In many cases, projects have funds held in single-signature personal wallets and use worse accounting practices than my little cousin’s lemonade stand. This is the equivalent of allowing mid or late-stage startup CEOs to hold their company’s money in cash under their bed. Due to regulatory uncertainty with ICO fundraising, many had difficulty getting banking set up in the US. 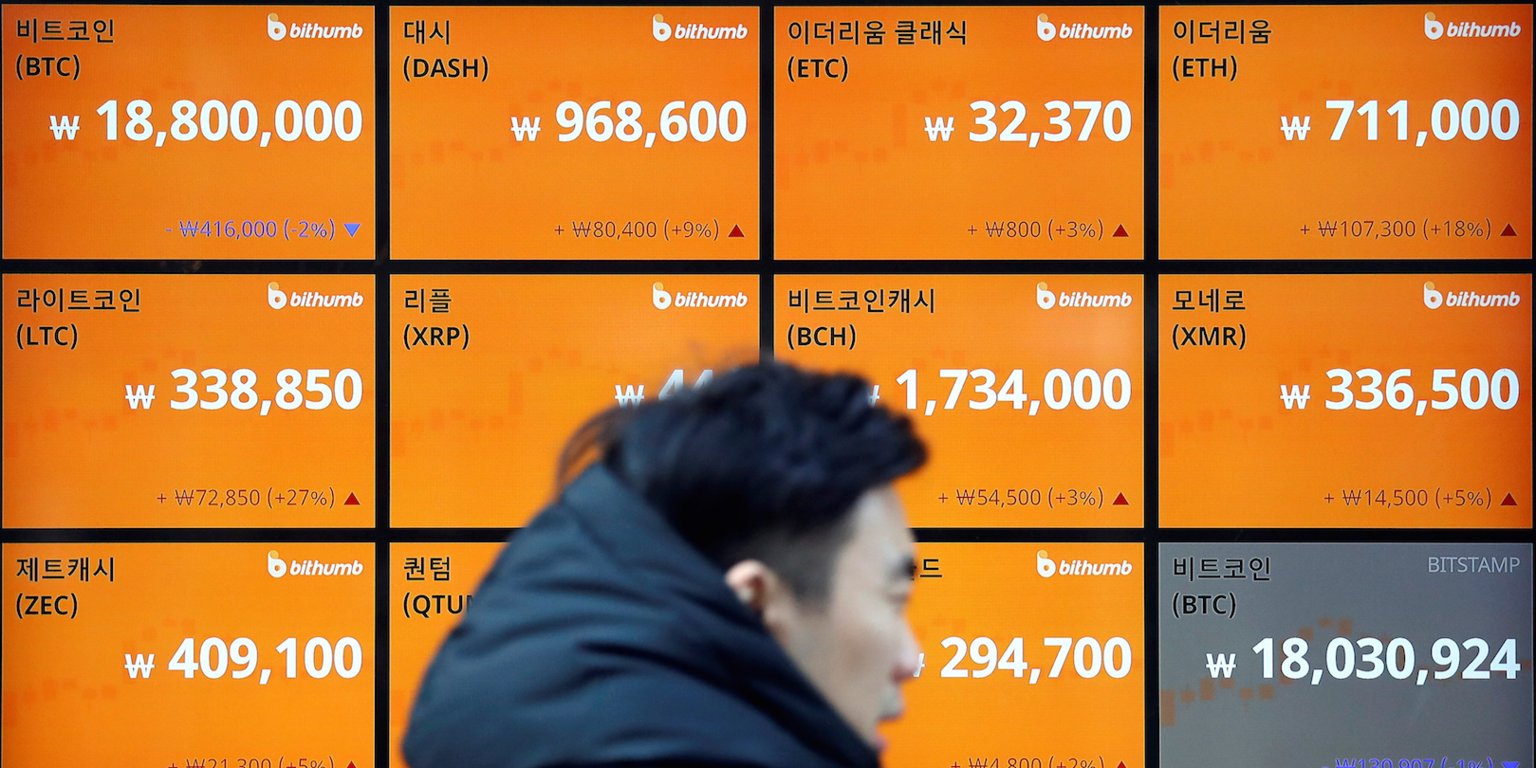 Crypto projects that raised hundreds of millions of dollars are being...

Analysis done for Business Insider by ICORating found some projects are taking their product roadmaps offline.

In a bull-market, almost every project I know held most (and sometimes all) of their funds in BTC/ETH while spending frivolously, as their crypto holdings appreciated faster than their burn. While many projects lucked out, this is foolish: the equivalent of a startup CEO putting down fundraising money on black.

Other questionable use of proceeds include “market-making” (read: propping up their token price) and “events” (parties, sometimes with escorts). Meanwhile, it’s hard to even track the “book value” holdings of projects without patching together some scripts to track ether flows.

These founders are looking at significantly smaller treasuries now, sparking a real conversation around capital preservation. While the best approach is unclear, a low-yield allocation into liquid holdings like USD & money-market instruments with some crypto upside is likely the right approach. Once projects take accounting, treasury functions, and banking more seriously, we’ll get there. 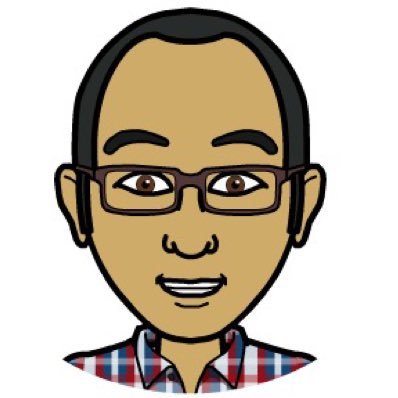 “Platform” is a loaded word in crypto right now. In a broad sense, it means “help guide adoption of our platform amongst other companies and developers thereby creating network effects.” In practice, it can be anything from thoughtfully setting up contests and bounties to setting up gargantuan platform funds to make it rain in the hopes of bootstrapping growth.

The reality is, outside of Ethereum, no “decentralized app” platform has any meaningful developer mind-share. While there are short-term grant-like carrots to try to hack adoption now, thoughtfully incubating, evangelizing, and training developers will be crucial to seeing future value creation. Of course, projects risk falling into the ‘growth at all costs’ trap that dooms many traditional startups.

Right now, most folks focused on “business-development” have a role that begins and ends with “get listed on Binance”, but a number of projects are slowly making meaningful strides to onboard the right partners and in some cases, are even bringing on savvy industry execs to lead the charge.

The importance of go-to-market is slowly being emphasized given the number of projects that have nuanced ecosystems with many different parties.

While it doesn’t fit neatly into a category, there are relationships to be maintained between external and internal stake-holders: investor relationships, ecosystem participants, etc. as well as a myriad of legal issues to be dealt with doing a “compliant” token offering (somewhat oxymoronic given very incomplete regulatory framework).

Operational concerns can be as wide-ranging as custody and opsec, working with large mining pools, or helping companies build protocol-layer businesses. In the future, it could be working with large token-holders to wrestle governance issues or even help navigate a future fork mergers.

Projects are heavily reliant on outside counsel now but I fully expect the most successful projects to build out full legal teams in-house. The “best” law firms in the space (read: blue-chip firms that were willing to take on the case) are overwhelmed and several are wary themselves of working with projects in regulatory purgatory. Outside counsel much more expensive (paid hourly and have no incentive to be efficient) and for all of crypto’s talk of incentives and skin in the game, outside counsel has none — given the stakes, it’s best to have this competence in-house.

Teams will need to work with legal representation that fully understands the nuances (and skeletons) of their business to work with specialized counsel as well as structuring ongoing platform development.

The common criticism with 2nd or 3rd-wave crypto projects is that they’re inferior to natively cypherpunk projects (e.g. Bitcoin, Monero) due to their “centralization” is ignorant of reality. It’s next to impossible to simultaneously build new types of distributed networks while optimizing for decentralization from early on.

Decentralization isn’t a binary property, though the way people use it is to convey ownership and control. Early-stage projects are fraught with risk across every conceivable axis and need the freedom to be able to quickly pivot and iterate. This is only possible with some form of centralization. Ethereum, ZCash, and even Bitcoin (by way of obscurity) were much less decentralized when they were first designed.

We’ve already had one of the first high-profile crypto governance disputes, ironically with a project that’s attempting to deploy an on-chain governance structure. In the future, this will only get worse. Our best hope is that over the short-term, projects operate like traditional startups: building strong teams, sharing transparent updates, growing community, and slowly shifting focus to decentralization after technical maturity. That we’ve moved away from this is a consequence of the “venture investment with public market liquidity” thesis that crypto-fund managers love sharing.

Illiquidity is a feature for early-stage companies, not a bug. Time and focus is so precious that capital constraints and the freedom from the distraction of thousands of external investors allow operators to actually execute. Additionally, illiquidity aligns incentives between founders and investors. Most of the vesting schedules (if they exist) I’ve seen from projects have been abysmal, something traditional investors have shrugged off as “the cost of doing business” (with an implicit understanding that they’re passing the bag).

Over the next year, projects need to quickly ramp up and scale their teams as they accept the responsibilities that comes with such massive compression of a company’s lifecycle. In addition to making fingers-on-keyboard hires, I expect several of the top teams to set aside ego and bring in seasoned entrepreneurs to help them over this next growth phase.

Over the long-term bull case where several projects become meaningfully decentralized, new roles will emerge, derived from entirely new questions: How do we move from a world of “startups offering tokens” to a truly distributed, decentralized network with its own governance and development? How do we fragment the traditional startup teams working on projects to distributed DAOs?

None of these questions will be answered over the next year or two, but this quick progression of further centralization, followed by gradual decentralization is what I anticipate we’ll see.

If you’re a project founder interested in more thoughtfully covering blind spots (e.g. go-to market or treasury management) or an enthusiast who wants to work on top-tier projects, please shoot me a note.