China, Iran, Venezuela are developing crypto in effort to dethrone US: Study

America’s geopolitical adversaries are banking on blockchain technology to help skirt sanctions and counter U.S financial power, according to a new report.

With cryptocurrencies being adopted with increasing speed, governments in Russia, China, Iran and Venezuela are experimenting with the technology that underpins the crypto market, the Foundation for Defense of Democracies (FDD) wrote in a comprehensive analysis released on Thursday.

“Blockchain technology may be the innovation that enables U.S. adversaries for the first time to operate entire economies outside the U.S.-led financial system,” the organization wrote. “These governments, therefore, are prioritizing blockchain technology as a key component of their efforts to counter U.S. financial power.”

Although extremely volatile and not fully accepted as payment everywhere, virtual currencies are a booming market. Bitcoin (BTC-USD) prices have soared over 200% so far this year, ramping up expectations of even more gains heading into year’s end, at the very least. 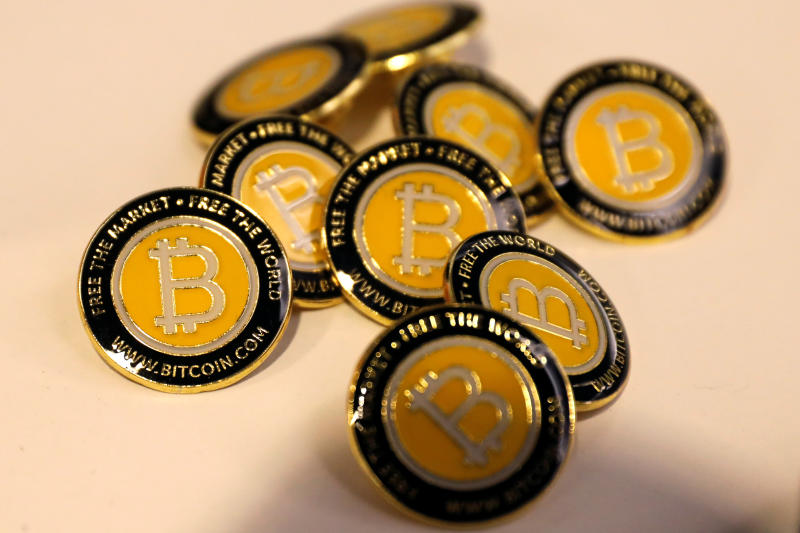 The FDD’s report amplifies concerns about how blockchain technology could be misused. Congress has said cryptocurrencies are a method of exchange that’s “attractive to criminals” and may be used to evade standard financial regulation.

Virtual currencies are exploding in popularity, as are concerns that terrorists and other illicit actors can use them to facilitate transactions around the world, without the usual layers of regulatory scrutiny.

Individually, Beijing, Tehran and Caracas have all been making strides in the evolving crypto marketplace.

Earlier this week, The South China Morning Post reported that Facebook’s (FB) plans to develop its own cryptocurrency, Libra, was becoming a force multiplier for Beijing’s efforts to create its own digital unit, citing a challenge to China’s own cross-border payment system.

Meanwhile, stymied by punishing U.S. sanctions, Iran is reportedly developing its own digital currency. The central bank “is highly motivated to develop an alternative” to the global payment system, with tensions rising after the U.S. withdrew from a nuclear accord, according to the FDD.

Countries in U.S. crosshairs “seek to reduce the potency of unilateral and multilateral sanctions by developing alternative payment systems for global commerce,” the authors wrote.

“It is also notable that China, Iran, and Venezuela, in particular, have restricted their citizens’ access to existing cryptocurrencies as they explore developing a state-backed digital currency,” the report noted.

Venezuela’s own crypto efforts have been “a debacle,” the FDD wrote, given the Andean nation’s slow-motion economic collapse and violent political instability.

The oil-backed “petro” hasn’t taken off, but donors sending aid to Venezuela have relied on cryptocurrencies in a system where the financial system has all but collapsed.

Although most cryptocurrencies are still in their infancy and haven’t been adopted for widespread use, the development of blockchain protocol has serious future implications.

“Technology has created a potential pathway to alternative financial value transfer systems outside of U.S. control. The target timeline may be two to three decades, but these actors are developing the building blocks now,” the FDD said in its report.

“They envision a world in which cryptocurrency technology helps them eclipse U.S. financial power, much the way that the dollar once eclipsed the British pound,” the organization added.

“A U.S. adversary has enough success with blockchain technology in its domestic banking system that it exports its platform to other nations to integrate into their financial sectors,” the FDD said.