Chinese National Cryptocurrency Turns Out Not Being an Actual Crypto 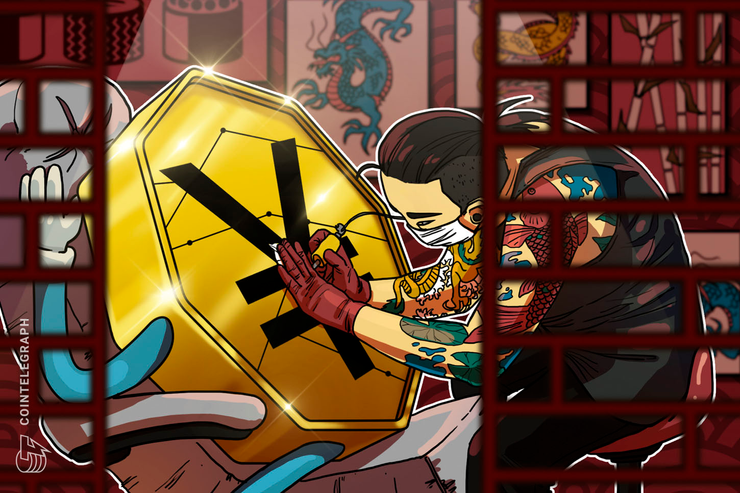 Chinese National Cryptocurrency Turns Out Not Being an Actual Crypto

As the People’s Bank of China reveals new details of its future cryptocurrency, more users are getting concerned about its partial decentralization.

The People’s Bank of China (PBoC) has completed the development of a prototype for issuing a national cryptocurrency, as Cointelegraph reported on Aug. 11. As it turned out, it will be powered by a two-tier operating system, which, however, will not be fully decentralized.

What do we actually know?

The fact that China is close to issuing state digital money, which for the past three years has been on the tongues of the local authorities, was revealed at China Finance 40, the forum dedicated to policy research on Chinese economics and finance. Speaking at the event, PBoC Deputy Director Mu Changchun didn’t disclose the details of the development and the release date, though expressed his belief that digital currency will replace cash and other cryptocurrencies, and will also help increase the turnover of the yuan, or renminbi, in the world.

The statement on the high level of readiness to issue the new cryptocurrency was made soon after PBoC representatives announced their intention to speed up the process of creating the state’s digital money on Aug. 2. According to authorities, the new currency will be able to bypass trade sanctions imposed by the United States, and will also increase investment flows to the country.

Some analysts suggest that after the U.S. announced an increase of trade tariffs for Chinese goods, foreign investors rushed to exchange renminbi for more reliable assets — e.g., gold and other currencies, including Bitcoin (BTC), which grew by $3,000 to almost $12,000 at the beginning of August.

Related: Digital Yuan: Weapon in US Trade War or Attempt to Manipulate Bitcoin?

The media also attributes China’s decision to create its state digital money to the active promotion of Facebook’s Libra cryptocurrency. In July, Wang Xin, head of the PBoC Research Bureau, said that Libra threatens the international monetary system and countries should develop their digital currency to prevent the negative economic consequences. Other authorities expressed the need to strengthen the national currency through the issuance of digital money.

It is also known that local commercial institutions and corporations such as Alibaba, Huawei and Tencent, may be involved in the process. Some of them have already agreed to participate in the project. As follows from the patents, individuals and entrepreneurs will be able to downloadmobile wallets and exchange their yuan for digital currency, and then make payments with it. At the same time, the Chinese central bank will take full control over all operations.

Hot debates caused by the Chinese government’s announcement regarding the development of its own cryptocurrency have resulted in even more questions arising. Most of all, users were interested in how soon they would see a new currency in action and how China would be able to create a whole decentralized system necessary for its functioning at a short notice.

As it turned out, the emission of the future cryptocurrency will be carried out through a two-level system, with the People’s Bank of China being at the top level. The second level will be taken by commercial banks, as Mu emphasized during a speech at China Finance 40:

“This two-tier system is suitable for our national conditions. It can use existing resources to support and develop commercial banks and smoothly promote digital currency.”

At the same time, blockchain will be used only partially. He made three arguments in favor of this decision based on the following reasons:

China is a complex economy with a vast territory and large population, which implies possible difficulties in the mass transition to the new technology. China’s central bank also proposes the two-tier operating structure to improve the accessibility of the proposed cryptocurrency and the smoother commissioning of future digital assets. Secondly, a two-tier structure will fully engage the resources, talents and technological advantages of commercial organizations, promote innovation and aid in the fight for technological superiority.

Thirdly, the use of a single-tier operating architecture may reduce the role of banks in the financial services chain. Mu added that within such a framework, China’s central bank will directly interact with the population on issues related to digital currency, which will negatively affect the ability of commercial banks to lend and will reduce their competitiveness. This may lead to increased prices and social financing costs, as well as damage to the real economy.

Negative public sentiment has seemingly continued to worsen as new details leaked on the internet. Many entrepreneurs, bloggers and crypto enthusiasts opined that new cryptocurrency would be used for tracking user’s data or controlling their funds. Mati Greenspan, senior analyst at eToro, expressed a similar view on China central bank’s new initiative:

“They want a greater level of control and surveillance. This will give them a bit more hands-on authority. This currency is not designed to give people financial freedom, like other forms of crypto, but rather to provide the Chinese government with a way to monitor transactions.”

The blogger Ben Yorke devoted an entire article to expose the future Chinese cryptocurrency, in which he cited five facts confirming why “China probably isn’t opening up to digital currencies.”

There is nothing public at all: In essence, the creation of a cryptocurrency implies the use of blockchain technology and, accordingly, the involvement of experienced organizations. At the same time, the Chinese central bank intends to use a private chain that will operate on fully controlled private nodes.

China already has its digital currency: Yorke refers to the payment systems Alipay and WeChat Pay, which have almost completely replaced Chinese traditional payment methods. In 2018, they processed 57 billion transactions at almost 1,800 transactions per second (TPS), which is higher than the bandwidth of Bitcoin, Ethereum (ETH), Ripple (XRP) and EOS. In addition, the author notes the absolute absence of anonymity: In such systems, user information is tied to the wallet address, which means that it is controlled by the developers.

It’s all about control: As a final argument, Yorke says that the main goal of the PBoC is not “to make cross-border transactions easier,” but to restrict local banks’ access to loans and shadow-banking.

Risks will be avoided

Probably in an attempt to resolve public concerns, PBoC members said they would take measures to prevent an overrepresentation of digital currency and, as a result, the manipulations involved. To ensure that the PBoC’s digital currency isn’t overrepresented, commercial institutions will transfer the full transaction amount and 100% reserve to the People’s Bank of China. Thus, the new cryptocurrency will remain central.

Mu added that the future currency doesn’t pay interest on cash, it will not trigger financial disintermediation, and will not have a big impact on the existing real economy. In addition, all current regulations on cash management, Anti-Money Laundering and counter-terrorism financing should be observed.

Overall, the soon to be created national cryptocurrency raises more questions and doubts in the eyes of the community over the true goals of its creation. China may be able to use its crypto to attract and deter investors affected by the U.S.-China trade war, as well as use an additional argument in its dispute with Washington. However, it is still unknown whether the currency will be able to seriously compete with decentralized coins such as Bitcoin. The question of the timelines also remains open. According to Greenspan, the central bank’s statement might be interpreted not quite correctly:

“This wouldn’t be difficult for the Chinese government to put out in a week or two. This has more to do with political power. Capital controls are very tight in China, and they want to keep a strong eye on money supply. So what they probably mean when they say ‘it’s ready to go’ is that they simply have the willpower to put it out.”