On June 30, 2020, the U.S. Senate Banking Committee will hold a virtual hearing titled “The Digitization of Money and Payments.’ Up for a second time, after appearing as a witness in the House hearing, is J. Christopher Giancarlo, former Chairman of...

On June 30, 2020, the U.S. Senate Banking Committee will hold a virtual hearing titled “The Digitization of Money and Payments.’ A source shared with Forbes Crypto that the hearing should be very interesting and a nice follow-on to the hearing held by the FinTech Task Force in the House of Representatives two weeks ago. The Senate Banking Committee is chaired by Senator Mike Crapo (R-ID) and the ranking member is Senator Sherrod Brown (D-OH). The hearing can be viewed next Tuesday here. 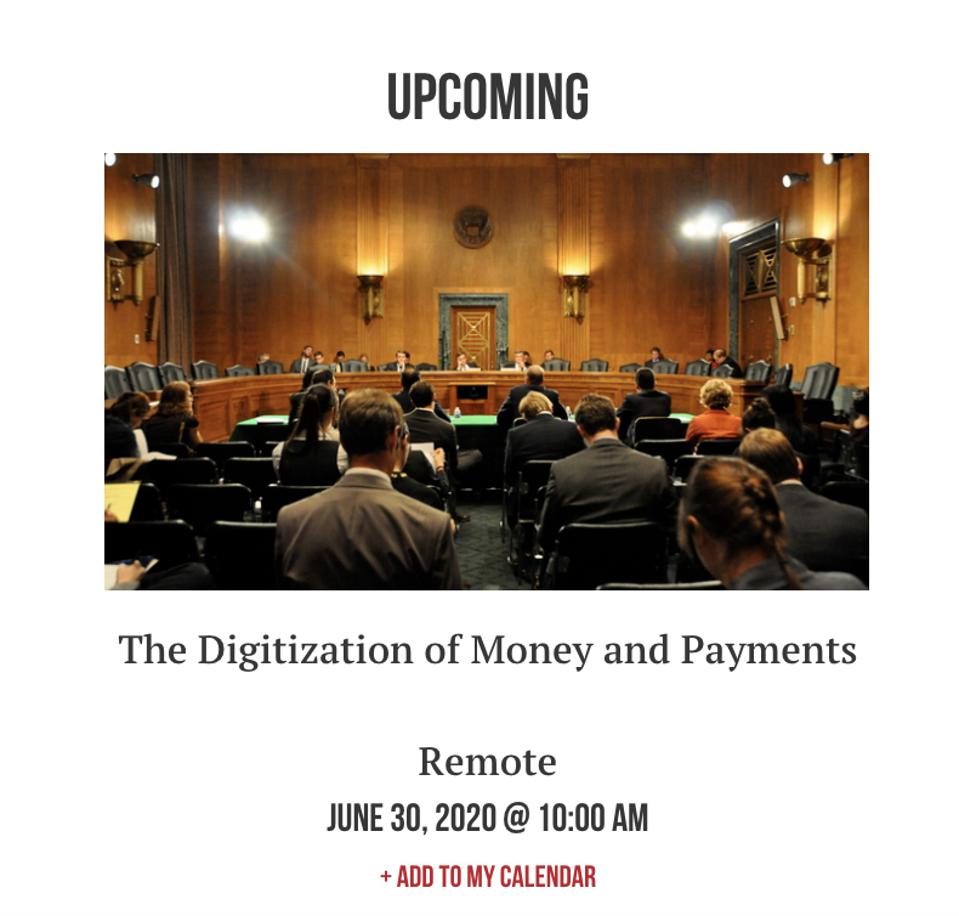 Up for a second time, after appearing as a witness in the House hearing, is J. Christopher Giancarlo, Senior Counsel at Willkie Farr and Gallagher and former Chairman of the U.S. Commodity Futures Trading Commission. Giancarlo has been busy splicing and dicing the technical details of a futuristic ‘Digital Dollar,’ one that is informed by distributed ledger technology and ‘tokenized’ so as to represent the physical cash we have today in digital form. More on the digital dollar and the criticality of tokenization can be gleaned from the white paper published by the Digital Dollar Project, co-founded and led by Giancarlo.

Most Popular In: Crypto & Blockchain

Bitcoin Is Braced For A $1 Billion Earthquake This Week

You Can Now Buy Bitcoin At CVS, 7-Eleven, Rite-Aid

What might seem like a technical detail reserved for the IT manual of an organization no one reads, Giancarlo’s new think tank, the Digital Dollar Project, zooms in on the criticality of holding ‘tokenized’ or digital bearer instruments, just like cash, vs. account-based systems. This idea crossed paths in the last hearing with a concept called FedAccounts, where Morgan Ricks, Professor of Law at Vanderbilt, presented the idea that the Federal Reserve should operate as a retail bank and offer digital dollars. The idea presented by Ricks focuses on the idea of ‘Bank Accounts for All,’ a bill from the Ranking Member of the U.S. Senate Banking Committee, Senator Sherrod Brown (D-OH).

Although the Digital Dollar surfaced in a draft of the CARES Act originally reported by NPR on March 23, the bill that was introduced in the House and the final CARES Act made no mention of a Digital Dollar. However, the next day, Brown introduced S. 3571, the Banking For All Act, where the idea of a Digital Dollar and FedAccounts (seen in the draft of the CARES Act) were included in his legislation. A press release from the Senate Banking Committee explained that ‘FedAccounts’ would be available at local banks and post offices. Mehrsa Baradaran, Professor of Law at University of California’s Irvine School of Law, had originally provided this idea of using post offices at a hearing last year on crypto and blockchain regulation in the Senate Banking Committee. Baradaran was a witness at the House FinTech Task Force hearing, along with Ricks. 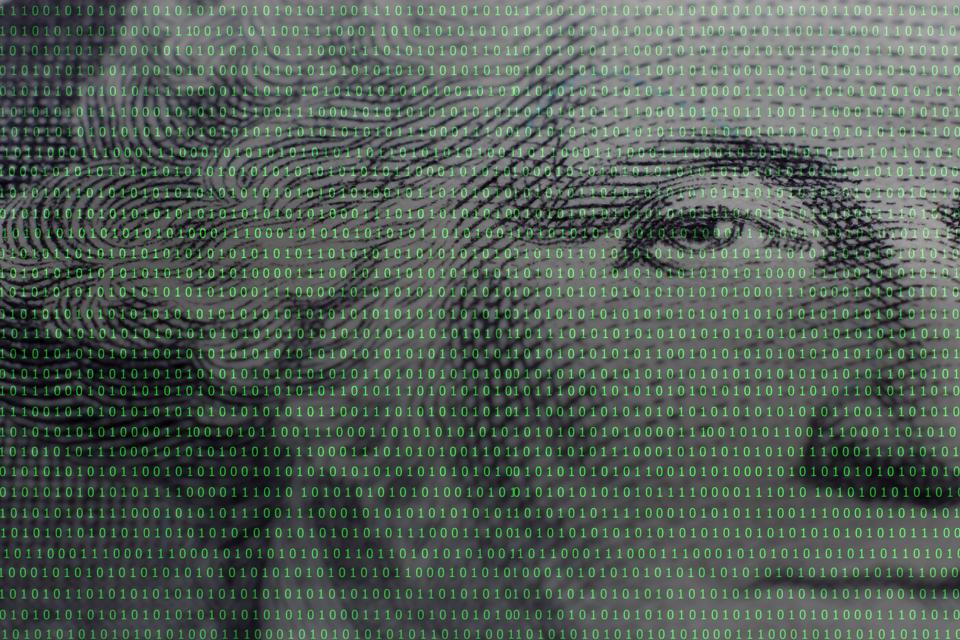 This hearing includes two additional witnesses: Charles Cascarilla, Chief Executive Officer and Co-Founder of Paxos, and Nakita Q. Cuttinom, Visiting Assistant Professor Of Law at the Duke University School of Law. Paxos is a crypto firm that offers ‘PAX,’ a stablecoin that represents the U.S. digital dollar. The Paxos Standard is described as the most liquid and regulated stablecoin in the world on its website. Paxos has partnered with Binance to issue a new stablecoin called BUSD.

Catherine Coley, CEO of Binance.US, shared on how she hopes Congress will consider the thoughts of the crypto community when it comes to concepts such as digitizing money. "As far as central bank digital currencies are concerned, the crypto community is here and will remain willing to support and educate the public sector on how to utilize the digital currency technology we hold so dear. The digital economy already exists and we are happy to share what we have learned in the early days of this evolving industry,” said Coley.

The case for crypto education as well as the digital dollar will likely be heard from Cascarilla and Giancarlo, respectively. Professor Cuttinom has researched financial regulations for FinTech and cryptocurrencies. Her course at Duke University is titled ‘Regulatory Reboot - Re-imagining Financial Regulation with Fintech & Financial Inclusion.’ Cuttinom will likely help provide what legal framework to expect as both money and payments become digitized. Overall, the hearing will likely be mainly one to provide facts about the state of digitized payments and digitizing money from experts to gauge where the United States stands against other countries around the world on this front, in order to better inform Senators on creating policy in the U.S. for the digital economy of the future.