“Dr. Doom” Believes Bitcoin Will Not Recover From the Current Crash – Is He 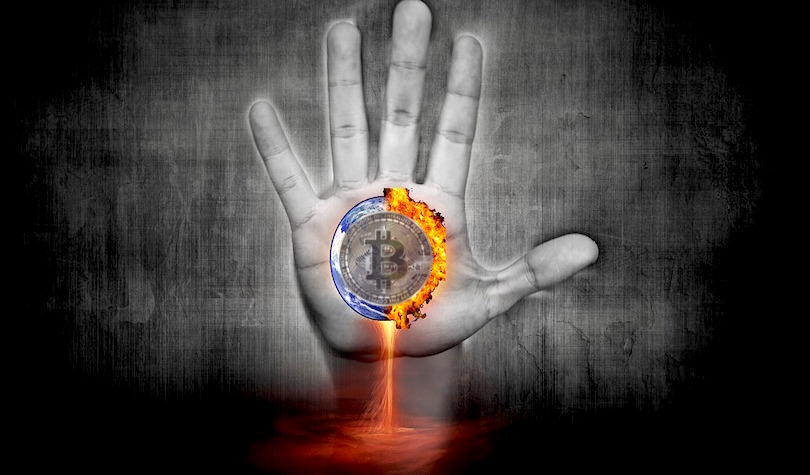 “Dr. Doom” Believes Bitcoin Will Not Recover From the Current Crash – Is He...

Nouriel Roubini, the vocal critic of Bitcoin and cryptocurrency at large, popularly known as “Dr. Doom” because of his negative utterances, has spoken up again concerning the market fall that cryptocurrencies have experienced since yesterday,...

I wonder if he is buying the dip?

Nouriel Roubini, the vocal critic of Bitcoin and cryptocurrency at large, popularly known as “Dr. Doom” because of his negative utterances, has spoken up again concerning the market fall that cryptocurrencies have experienced since yesterday, November 14.

The economics guru obviously is pleased with the crypto market crash which has proven him right since he has always said cryptocurrencies will not last and are of no value at all. This time, he said Bitcoin is headed where it belongs – to zero.

These are the words of Roubini.

“I could gloat about Bitcoin collapsing 10% in a day to $5,700. But that is still some way to zero where Bitcoin belongs. Actually, since Bitcoin is The Mother of All Toxic Pollutions & Environmental Disasters, its true fair value is highly negative with the right externality tax.”

Roubini has been critical about cryptocurrency from the start, a situation that has attracted many enemies to him. Just last month, Roubini referred to the cryptocurrency industry as a “cesspool of lunatics” and “the father of all scams” before the US Senate. This led to a public debate on Twitter between him and the founder and CEO of Ethereum, Vitalik Buterin.

Join us on Telegram

Cryptocurrencies, especially the top ones by market capitalization, have experienced drastic price declines in the past 48 hours, and although Brian Kelly said the crash would not last and the market will bounce back as soon as the Bitcoin Cash fork is over, it is hard to tell where the market is headed right now, given such negative comments from a man who rightly predicted the 2008 financial crash.

For Bitcoin, this is the worst crash in the last year, and it is becoming uncertain whether the market will recover soon. There have been several predictions concerning the price of the asset this year, such as Tom Lee’s year-end prediction of $25,000 which he feels confident will come to pass.

Will the bulls win over “Dr. Doom” this time or will he have his way again like he did in 2008? Is Bitcoin heading towards zero?