Joe Kernen of CNBC asked Mnuchin about cash and Bitcoin, as the Secretary continued to stoke fears of Bitcoin’s utility in money-laundering.

Listening to Treasury Secretary Steven Mnuchin talk about money-laundering, cash, and Bitcoin, you come to one of two possible conclusions:

“ There’s been a lot of nefarious activities historically and it’s never involved Bitcoin [at least up until 10 years ago] , so obviously it’s been pretty successfully done with cash,” suggested Bitcoin-skeptic-turned-evangelist Joe Kernen of CNBC.

Mnuchin doubled down “ I don’t think it’s been successfully done with cash. I’ll push back on that. ”

Even by the standards of politicians in the age of Trump, that’s a whopper.

Kernen continued to press Mnuchin on the topic of cash and Bitcoin, as the Secretary stoked fears of Bitcoin’s utility in criminal enterprise.

@SquawkCNBC
Are you saying cash has never been used for illicit purposes, @joesquawk asks in response to Mnuchin’s concerns about #btc
“We are going to make sure that bitcoin doesn’t become the equivalent to swiss numbered bank accounts” says @stevenmnuchin1 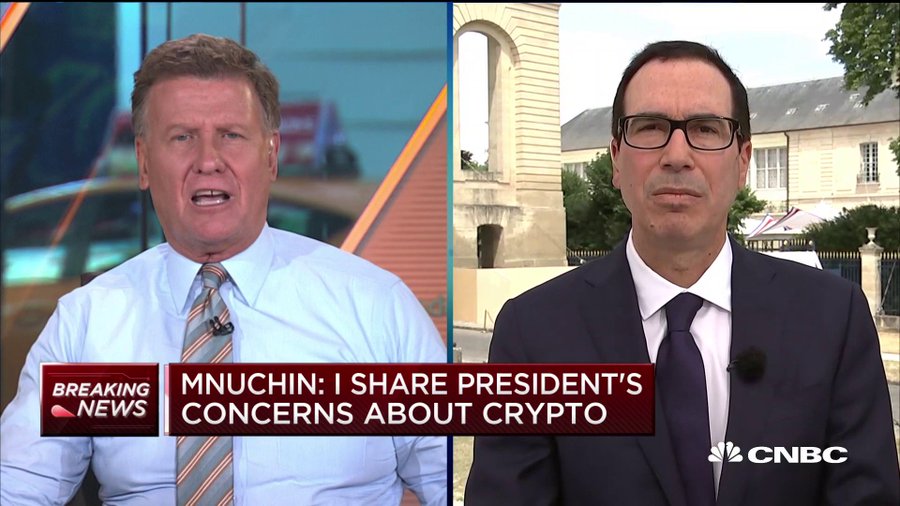 When someone tells you cash isn’t used for laundering money 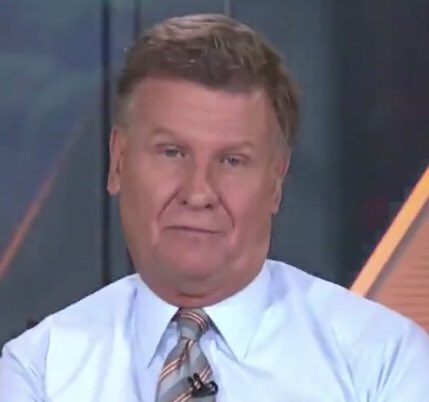 128 people are talking about this

Mnuchin starts the conversation promoting enforcement of tough regulations for cryptocurrencies, to which Kernen questions, “ We’d have a problem if we decided every time that cash itself or any other form of currency, every time, if it’s used for some nefarious activities, that we weren’t going to use it any more… That can’t be the reason to say you’re not going to use them.”

He continued to the next logical step, “We wouldn’t even use cash then, because cash is laundered all the time. That’s all we’ve ever used for nefarious activities and we certainly have plenty of them! ”

Kernen could barely contain his disbelief when Mnuchin responded, “ I don’t think that’s accurate at all that cash is laundered all the time…”

Mnuchin’s Performance: As Bad As The FATF?

To get a bit of perspective on this baffling denial, let’s take a brief look at Mnuchin’s background and see if it is indeed possible that he does not comprehend the concept of money-laundering.

In the conversation with Kernen, he mentioned speaking with authorities at FATF (Financial Action Task Force), who are experts on the topic. In fact, if Mnuchin wanted to learn about the definition and all kinds of interesting statistics about money-laundering, the FATF website would be a great place to start.

The informative site shows that estimates for money laundering worldwide for the purposes of drug-trafficking and organized crime stand somewhere close to $1.5 trillion dollars, or around 3% of the world’s GDP. These estimates are based on figures from 1998 — before Bitcoin existed — and 2009 — before Bitcoin had seen any adoption beyond a tiny group of programmers.

Remember, this is the organization that recently decided to give crypto exchanges 12 months to comply with draconian new rules: leading one to question where its priorities might be better focused.

Being a guy who has been pretty active in the financial realm for his entire adult life, you’d think Mnuchin would know a thing or two about shady financial dealings.

It turns out, Mnuchin does have some firsthand experience with some pretty questionable practices back in his youthfully exuberant days of aggressive and fraudulent foreclosures.

Following the economic collapse of 2008, Mnuchin saw a fantastic opportunity to cash in on the miseries of vulnerable homeowners. His newly purchased company IndyMac, renamed OneWest, “ carried out more than 36,000 foreclosures, tossing former homeowners (including active duty military servicemen and women) onto the street without hesitation or pity by any means necessary. ”

Mnuchin, acting as the new OneWest CEO “ rushed delinquent homeowners out of their homes by violating notice and waiting period statutes, illegally backdated key documents, and effectively gamed foreclosure auctions. ” This attack on homeowners earned Mnuchin the title, “ The Foreclosure King ” — a name to which Mnuchin says he takes great offense, despite its dead-on accuracy.

In another money-making venture, Mnuchin was found to have preyed on vulnerable senior citizens to boost his bottom line. Mnuchin’s banking unit, Financial Freedom, paid “ more than $89 million settlement to the government for taking unreasonable advantage of thousands of seniors through reverse mortgages which convert equity in a home into a loan. ”

One could look at Mnuchin’s old stomping ground, Goldman Sachs, to learn about money-laundering, an activity that a number of people working in the firm are alleged to have practiced on a number of occasions.

Prosecutors in a recent money-laundering case against Goldman Sachs have said that “ billions of dollars that Goldman raised for a Malaysian government investment fund — known as 1Malaysia Development Berhad, or 1MDB — were channeled into a web of personal bank accounts and was ultimately used to buy paintings, luxury real estate and investment stakes in movies like ‘The Wolf of Wall Street’. ”

When I think of the “ Wolf of Wall Street ”, Mnuchin and his colleagues do not spring to mind. I just don’t see the movie being as good with him as ‘reformed’ criminal Jordan Belfort, even though it would probably be far more true to life.

So let’s make the assumption that Mnuchin must know a thing or two about money-laundering – the guy is, after all, the Secretary of the Treasury. But why would he pretend that it doesn’t happen with USD cash?

Fear is the easiest and most effective tool for coercion — convincing people to stay away from something or to relinquish freedoms for the cause of safety. By painting cryptocurrencies as a “ tool for nefarious activities ”, Mnuchin makes it easier for himself and the administration to move forward with plans that will ultimately be to their benefit, at the expense of those who do not enjoy the same privilege.

It is in their best interests to maintain as much dominance as possible with the U.S. dollar, even if it means America’s own people, along with the rest of the world, have to suffer for it.

Based on his history, it looks like Mnuchin wouldn’t have it any other way.

It’s absolutely sickening, these clowns. I know it comes to no surprise to any of us that Mnuchin would be in complete denial of how cash dollars are used for criminal activities every single day and FAR MORE than bitcoin, but to do it brazenly as he does on national television… just makes me sick. Fucking turd.

The undercover unit laundered over $70 million for drug cartels—more than twice as much as what was actually taken off the streets.