It’s about time the network gave bitcoin a cameo in its tech-fueled hit comedy series. Silicon Valley, which is a show that is roughly based on co-creator Mike Judge’s time in the Valley during the eighties, added the logo of US-bitcoin exchange Coinbase to the intro, which seems to have a Jetsons vibe going for it. It’s the latest in a string of Hollywood shows that are spotlighting cryptocurrencies, the most recent of which being “The Big Bang Theory’s” bitcoin-fueled episode.

Considering that Coinbase is now in the show’s intro, it suggests cryptocurrencies could become a theme in the series and reach many new eyeballs. According to the latest data collected by, you guessed it, Facebook, Silicon Valley is popular across North America, Finland, Poland and Ireland, as reported in Forbes.

The show, which is set in Palo Alto, Calif., had its season premiere last night. They may also be looking to the cryptocurrency market to bolster Silicon Valley’s ratings, which were in the doldrums last year. In a sign of the times, the intro also slighted Facebook for a Russian-fueled controversy. 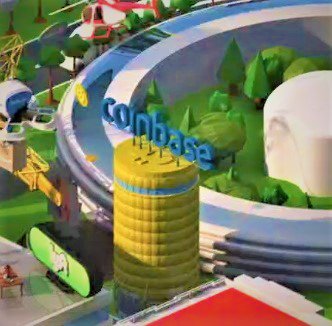 Bitcoin was probably not even a glimmer in the eye of Satoshi Nakamoto in the 1980’s, which was when the show’s co-creator worked in Silicon Valley. Meanwhile, the show has touched on the decentralized world before, including an episode where one of the characters wanted to reinvent the web.

Silicon Valley’s ratings fell last year and cable news pundits blamed it on the fact that “Game of Thrones” no longer teed up the tech comedy. The show is currently in its fifth season, and HBO and DirecTV subscribers can also watch the episodes streaming. It airs on Sundays at 10 p.m. EST.

There are other shows that are similarly catching bitcoin fever, thereby spreading the word to the mainstream. As previously mentioned, The Big Bang Theory, which is popular among millennials, showcased bitcoin in an episode about a BTC investment. Nearly 14 million people saw that episode, according to Fandom.Wikia.

USA Network’s Mr. Robot also featured bitcoin. The series weaved bitcoin in as a central theme throughout season No. 2 and doesn’t shy away from touchy subjects, including cryptocurrency-fueled fraud that only hacktivists can solve. Reddit posters love the show. Bitcoin has also made appearances in Deadpool, Dope, StartUp and Deep Web.

As for Silicon Valley, it joins a list of whose who among tech companies that at some point have made it onto Silicon Valley’s opening, ranging from Snap Inc to Amazon, to Slack and Twitter, among others.

In the season two (2014) in one of the episode, Gylfoyle ask too get paid in Bitcoin