ICE, the parent company of NYSE, is making a big move into the crypto market

The owner of the New York Stock Exchange is teaming up with Microsoft and Starbucks to build an ‘ecosystem’ for crypto.

ICE, the parent company of the iconic New York Stock Exchange, is making a big move into the crypto market with a digital asset platform.

The firm, which previously dove into the market for digital assets via a data feed product earlier this year, had reportedly been exploring a cryptocurrency exchange platform. On Friday, the company officially announced it had been developing out such an offering.

ICE is teaming up with Microsoft to build out Bakkt, a new company that will serve as a “ecosystem for digital assets,” including bitcoin.

The platform would allow folks to buy and sell digital assets.

Other companies partnering with ICE on the platform include BCG and Starbucks, according to a release. The firm hopes the effort will help mature the market for digital coins, which is known for market manipulation and spine-tingling volatility. Starbucks will leverage the platform to allow their customers to use digital assets at their coffee shops.

“In bringing regulated, connected infrastructure together with institutional and consumer applications for digital assets, we aim to build confidence in the asset class on a global scale, consistent with our track record of bringing transparency and trust to previously unregulated markets,” said ICE’s CEO Jeffrey Sprecher in a statement. 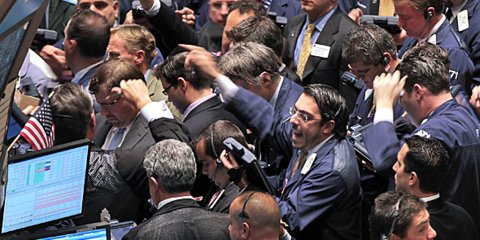 The owner of the New York Stock Exchange is teaming up with Microsoft and...

The firm says it'll serve as a global ecosystem for crypto and was in the works for over a year.