ERShares CEO Joel Shulman told Yahoo Finance’s The Ticker the implications for the stock could be far worse than today’s losses if Markopolos’ claims are true.

“That would be devastating,” Shulman said. “[Markopolos] does make provocative statements… And if all that is true and there is accounting fraud or accounting manipulation, this can take the company down.”

Markopolos claims the $38 billion he says he and his team found in losses in GE’s insurance business is just the ‘tip of the iceberg,’ saying the alleged cover up is ‘far more serious than either the Enron or WorldCom accounting frauds.’ In an interview with Yahoo Finance’s The Final Round, he went on to reveal he has withheld additional information strictly for the U.S. government.

“I have a few smoking guns,” Markopolos said. “Accounting fraud is a mosaic. Only GE’s accountants know where the skeletons are buried. We dug up several, $38 billion worth. There’s probably a lot more.” 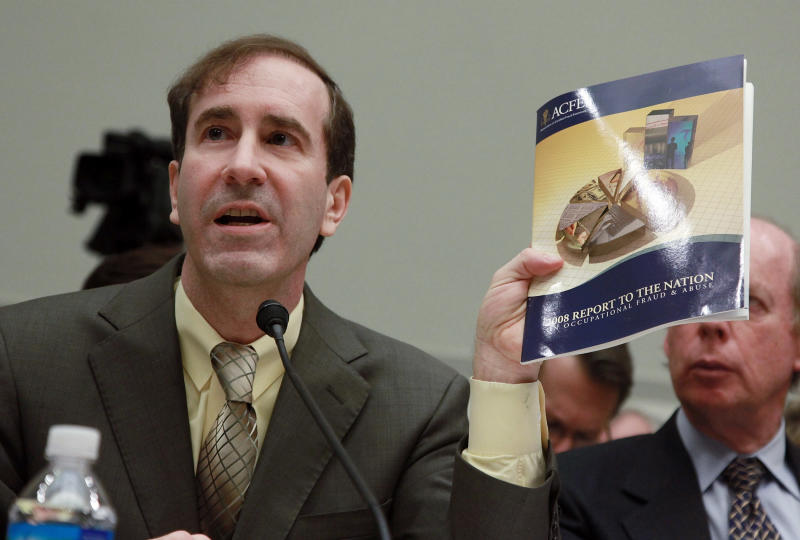 General Electric CEO Larry Culp released a statement following the release of Markopolos’ report, saying, “GE will always take any allegation of financial misconduct seriously. But this is market manipulation – pure and simple. Mr. Markopolos’s report contains false statements of fact, and these claims could have been corrected if he had checked them with GE before publishing the report. The fact that he wrote a 170-page paper but never talked to company officials goes to show that he is not interested in accurate financial analysis, but solely in generating downward volatility in GE stock so that he and his undisclosed hedge fund partner can personally profit.”

But Shulman, who has met Markopolos personally, said he finds the forensic accountant credible.

“I met Harry six or seven years before Madoff, Shulman said. “Harry Markopolos is a very credible individual. This is a person who is extremely careful to document everything. There is always concern when there is negative news, especially when it’s on an individual who can move the markets, as we saw here. But I can tell you as a forensic accountant, this guy is extremely thorough and very careful with documenting things, so I’d be surprised if there wasn’t something credible behind this data.”

General Electric stock is up 10% year-to-date with Culp now at the helm, but Markopolos says the company is on the path to bankruptcy. The whistleblower claims he found GE’s insurance unit will need to boost its reserves by $18.5 billion immediately, reserving that its accounting problems amount to 40% of the company’s market value.