Once the space matures, Nasdaq would consider becoming a digital currency exchange, according to the company's CEO.

Now why would they do that with a scam technology?

The flood gates are going to open sooner than you think.

Love it Peter. This just being talked about, especially on cnbc is biggly The Winklevoss twins’ Gemini exchange will use NASDAQ’s market monitoring technology, the parties have announced.

This will be a great video for decentralized tv @peter.

Already did it. moon time.

When I read news like this, all I can say is “How lucky are we to be in this point in time?” The news coming out revolving around Bitcoin literally leaves me in awe.

Ok so…can i get excited by this news now???

Nasdaq CEO, Adena Friedman, told CNBC April 25, 2018, that investors are expecting a more regulated market for digital currencies to ensure they are treated fairly. Friedman believes digital currencies are here to stay, and in time, Nasdaq would be prepared to include them in their exchange.

“I believe that digital currencies will continue to persist it’s just a matter of how long it will take for that space to mature. Once you look at it and say, ‘do we want to provide a regulated market for this?’ Certainly, Nasdaq would consider it.”

Friedman confirmed she agreed with the SEC on ICOs adding “The SEC is right that those are securities and need to be regulated as such.” In March 2018, the SEC announced that they considered almost all digital currencies to be securities and would also look to regulate businesses offering digital wallets.

As an illustration of why digital currencies need much more stringent regulatory control, an article has been published on the Steemit network illustrating one of the many pump and dump schemes used in the crypto ecosystem. The author of the article went to great lengths to record the process of artificially inflating the price of a digital currency for the personal financial gain of a group of investors. The Steemit article includes dozens of screenshots from a Telegram channel in which several key crypto influencers discuss which cryptocurrency they are going to pump.

Friedman would argue that investors that take time to analyze the various cryptocurrency projects and then purchase the digital currencies are being scammed by these crypto influencers. As the price starts to fall, following the pump and dump scheme, some investors will believe that there is a problem with the project and sell their digital currencies at a loss.

To clean up the industry, the Gemini exchange, founded by the “Facebook” Winklevoss twins, has announced a partnership with Nasdaq to monitor market manipulation on their exchange. A press release dated April 25, 2018, issued by Nasdaq, confirms that Gemini will be the first crypto exchange to implement NASDAQ’s SMARTS Market Surveillance Technology. The crypto community welcomes tighter controls to help stamp out the nefarious practices of a small element of scammers within the community.

I’m extremely excited about this news. This could be massive for mass adoption. What are your thoughts?

I am getting some Ethereum classic, NEO, ZCash, and Dash. Although I am not sure how the privacy coins will be viewed by the Nasdaq.
I will also up my shares BTC, ETH and XRP. Although I feel like XRP is a blackhole for cash, too many tokens and questions about connections to Ripple.
I have wait till next month. I am out of cash, unless I start selling some firearms. Which I don’t want to do…yet.
Just realized how hard I am FOMOing.

What coins are you guys into, and what would you acquire in light of this news? I would love to hear your perspective!

What coins do you think NASDAQ will offer? In the video they said Top 6 including EOS, (WTF, not launched yet).

I’m sure they will go with either top 10-20 or with ones who got good ratings by Weiss or some such metric. They definitely won’t be throwing darts at a board and putting small cap coins on I would guess. 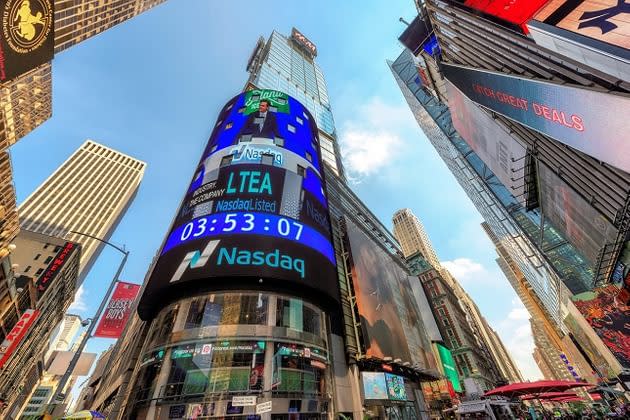 According to an article published on the Nasdaq website, the exchange has thrown its weight to three virtual currencies. Despite the market turmoil and the decline that has been witnessed in the digital currency market, Nasdaq is of the view that...

First wave announcements for the DX.exchange or Gemini? Xlm is a bit surprising to me honestly. I may have to stock up a bit on it while we are down… for science

Interesting to see a bit of foreshadowing a couple weeks back from Nasdaq:

Stellar has been very impressive to me as I’ve never seen any extreme drama revolving around it. Solid coin with a solid community. I’ve considered XLM multiple times due to these things and more.

I agree. I continue to add to my stack when I can. Hopefully Coinbase will adopt Stellar. That would be a smart move imo.