Hi,
I havn`t contributed so much to the pub as of yet, so I wanted to do so by giving my opinion on the FUD of today by focussing on NEO.
I was quite dissapointed to see the amount of FUD on the pub today. A lot of misinformation and untruths were circulating creating a lot of fear and panic.

When a crash like this happends. Take a breather, try and find informative sources that can be trusted and make rational decisions. Dont just look at headlines, we all know they are set up for the shock and awe effect! ( and oh boy, i saw some horrible ones today )

So, i just wanted to put out some facts and thoughts on what actually happend today. Hopefully to inform some that dont know what to do with NEO. I am definately no expert, please correct me if im wrong, but this is my vision.

Since May of this year, the funding of ICO`s have been drastically increased:

Just a short recap of what an ICO is. Because here, a lot of the misinformation stated:
An unregulated means by which funds are raised for a new cryptocurrency venture. An Initial Coin Offering (ICO) is used by startups to bypass the rigorous and regulated capital-raising process required by venture capitalists or banks. In an ICO campaign, a percentage of the cryptocurrency is sold to early backers of the project in exchange for legal tender or other cryptocurrencies, but usually for Bitcoin.
(*Source: http://www.investopedia.com/terms/i/initial-coin-offering-ico.asp)

During the past months, there has been quite some issues with some ICO`s. Between many great initiatives, there has been some scams that ripped off a lot of people. Focussing on NEO and the Chinese market, the fact that this is an UNREGULATED means by which funds are raised......... ..... to bypass the rigorous and regulated capital-raising process... We should perhaps even expected that China would come out and try to regulate this. Da Hong Fei of NEO should definately have expected this, as he has proven to know and oblige to the Chinese laws strictly.
Ill come back to this later.

Regarding the Ban. Not only is it very positive that the chinese government actually wants to protect its citizens against unregulated investments that can potentially harm them, a committee that oversees risk in the country’s internet finance sector, has provided a list of 60 major ICO platforms for local financial regulatory bodies to inspect.
(*Source: https://www.cnbc.com/2017/09/04/chinese-icos-china-bans-fundraising-through-initial-coin-offerings-report-says.html)
This shows me, the government is not out to ban ICOs forever, they are actively investigating them and perhaps merely want to regulate them. This would mean that on medium to long term, we might actually see ICOs comming from- and on the Chinese market.

Now, this Ban surged through the internet, and the news quickly changes to completely different statements. People saying Chinese governments are banning trade in cryptocyrrencies, that NEO is an ICO and will therefor be banned and many other crazy stories. This is NOT correct. Chinese people will still be able to trade coins on the exchanges, just not able to fund ICO`S.

Comming back on Da Hong Fei. He tweeted today that they will be comming with an offical announcement in the following days:

Someone here on the Bitcoin Pub posted this link to a Steemit article that i would recommend you to read:

Red Pulse is a bust for me. In an email sent out On Sept. 31 Red Pulse announced they will not be accepting citizens… by secret-guru


The writer had a very exciting idea that the more i think about, makes some sense and excites me:

``Allow me to explain. NEO is a public blockchain as we all know. Is a blockchain very much like Ethereum.

What most people don’t know is the same team that created NEO, is also working on another blockchain called Onchain.

Onchain is to be the NEO for the corporate world in China.Now as we already know, NEO is basically given a green light go on passing all new Chinese laws. This is logical considering the belief is they worked directly with the government to make this possible.

This means only two blockchains are likely to be legal in China - a corporate blockchain and a public blockchain.

What China has no plans of doing, or at least per my understanding, is to stop the investment tokens, smart contracts, etc. This again is a logical move. Why would they stop this if they have control over the blockchain itself, they know every asset created.

So why is this lack of competition good for the value of NEO? Because all assets MUST go through NEO or Onchain.``

Looking at how China operates and has acted in history, this would actually make a lot of sense. Perhabs I am creating some FOMO here, but I just wanted to show you that there are many scenerios out there, that arent all that dark regarding NEO`s future.
We will have to wait and see what Da HongFei has to say within the following days.

Hope this post can help some to make a well thought off decision on what to do with NEO ( AND FUTURE FUD!!! )

Thanks for taking the time to write this up! Still relevant!

Another $NEO project having issues with NEO. Lot's of other developers building on NEO are having similar issues. This is why I haven't been bullish on NEO for a while. Sinking ship? 😅 #JustMyOpinion $APH medium.com/@ianholtz/aphe… https://t.co/iL9s2a6TPm

Neo is just the chinese version of EOS

all jokes aside - NEO is pretty expensive piece of shit atm

Neo is nearly dead, rumour has it that they cannot operate at $9 per coin and may shut the doors. If you are a holder you might want to consider your position!!

Got a link to that?

It’s true, so buy buy buy at your own peril

NEO seems to be over performing these past few days. Anyone have a news event for the reason?

Maybe because of the completion of dBFT?

NEO’s bullish breakout continued on Tuesday, as investors rallied behind a promising network upgrade that will allow developers to deploy smart contracts. The protocol for the smart economy is eyeing several major developments this year centered on crypto-economics and infrastructure.

The value of NEO surged 10.2% to $9.37, the highest since mid-November. The cryptocurrency has gained a whopping 21% since Sunday, placing it among the market’s top performers. NEO has recovered 56% over the past month after plunging 65% between Nov. 7 and Dec. 7.

In terms of technical levels, the bulls are challenging a key resistance zone near $9.40. Demand is also threatened near $9.50 en route to the psychologically significant $10.00 level. Read more: NEO/USD Bulls Storm North Ahead as NEO Fundamentals Remain Sound.

At current values, NEO is capitalized at $610.2 million, placing it 16th among active cryptocurrencies and one ahead of NEM, which previously held the spot.

The cryptocurrency was a strong performer relative to its peers on Tuesday. Within the top-50, only Tron outperformed NEO in terms of percentage gains.

NEO’s daily trade volumes are minuscule relative to its more established competitors, which often reflects a lack of fiat pairs. Over the past 24 hours, NEO’s trade volumes reached $160 million, according to CoinMarketCap. Binance, LBank and BitMart were among the largest markets.

NEO Global Development is putting together a high-profile developer conference in Seattle, Washington on Feb. 16-17 in an effort to raise awareness about the project and address a range of technical topics. The first DevCon, which was held in San Francisco last year, attracted over 600 attendees and more than 40 speakers. According to NEO’s December monthly report, speakers from Microsoft and Accenture will headline DevCon 2 next month.

“The conference will cover a lot of topics including technology issues, such as zero-knowledge proof, cross-chain protocols, distributed storage, and quantum-safe cryptography,” NEO founder Da Hongfei told Forbes in an interview last month.

In the company’s annual review, Hongfei referred to 2018 as NEO’s “darkest hour” but said the protocol was still on track to become “the most developer-friendly public blockchain.” NEO kicked off 2019 by making its Virtual Machine deployable outside the main network. Basically, this allows developers outside of NEO to develop and execute smart contracts.

It remains to be seen whether NEO can rebound from last year’s meltdown. Even by bear-market standards, NEO underperformed its peers throughout 2018. From peak-to-trough, the cryptocurrency plummeted more than 96%.

I have been adding to my NEO stacks as well. These dips under $7 have been beautiful.

Yeah thats pretty much my go ahead…when it hits near and under 7 bucks. 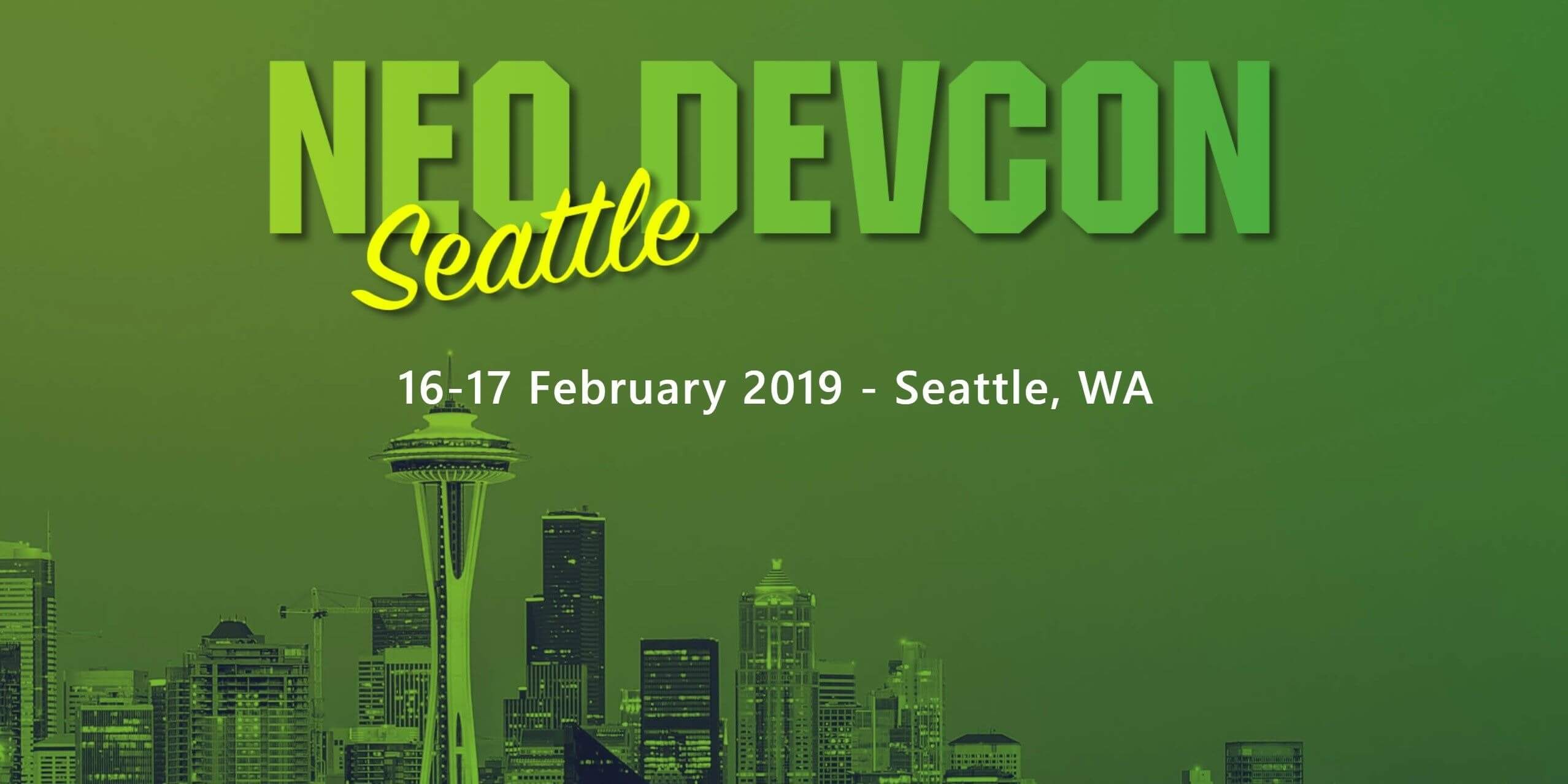 At NEO DevCon, you'll be able to connect and engage with the worldwide NEO community, and access resources that will help you build and realize the value of the next generation of blockchain applications.

Effect.AI, a promising NEO dApp, has announced today that it will begin moving its operations and tokens over to the EOS platform.

One of many moves over to EOS, keep watching this space kids, the 4 bill ponzi is gaining traction…

All hail NEO. Been in the space for multiple years without building close to a fully functional blockchain. Let’s give it up