One thing I noticed about XRP a few months ago was that what it tends to do is do a x10 randomly and then not move for months on end. Literally - this coin did not move for half a year even with so much news coming out in partnerships and developments. During the recent bull market I noticed an ascending triangle and the fact that xrp was the only coin in the top 10 not to pump. 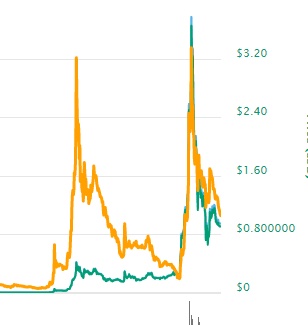 As we can see not very clearly - XRP pretty much takes steps up. Using this pattern what I’ll try to do is buy XRP during the pump and sell out during the long flat line stages making you tons and without losing money against other coins.

I think XRP going to a ~$300 billion market cap this year for the is not totally out of the question. Could do less - but so far this patten is solid and can be seen going back as far as a year.

Interesting things to think about…

Posted by WaveTrader, verified Breakout Analyst. Not necessarily a true photo below but I bet it will happen, I also believe the pumps are largely due to bitcoin breakouts at huge resistance levels, and since XRP is a media favorite, it goes wild like John McAfee at a strip club

Ripple surges to $3: XRP is the best cryptocurrency in the market!

Ripple drops to $0.5: XRP is a security, sue Ripple Labs!

The greed and stupidity of some of these investors just unreal.

I’ve went back on this prediction. Now that it’s more clear btc is in a long term downtrend - i dont think xrp will spike anytime soon.