I’ve always been interested in “prepping” or being prepared to be fully autonomous if a govt shutdown or major catastrophe hits.

I have rations, generator, water systems and a stream behind my house.
I have lots of ammo and guns but I know I’m missing the most important: a garden and long term sustainability.

What are some of your BEST links and tips to being able to really survive off the grid?

Let’s collect it here so we can all learn and incrementally improve our prepping!

A crew. A big, competent crew who know how to get shit done and make hard calls.The more lovely you look, the more of an oasis in the desert you make yourself, the more you’re a beacon of resources to be taken. No amount of stockpiling rounds or arms will save you from a horde multiple times your size. The things you hodl as prep do not guarantee your freedom and life just sitting there in a pile, but are meant to be expended in doing so.

When the Mongols led by Hulagu Khan took Baghdad, one of the wealthiest cities with rich libraries of knowledge and culture, they took the leader, Al-Musta’sim, and threw him in the dungeon. When he begged for food, they delivered him gold bars from his treasury. He protested, saying he could not eat this, so the Mongols asked him why he bothered to horde so much of it. The next day, he was wrapped in fine Persian rugs and trampled to death under the gallops of the steppe warriors. So many of the scrolls of knowledge and history were destroyed that the rivers “ran black with ink”, jealously guarded only never to be read again or copied, lost to time. The hubris of Al-Musta’sim, so confident that the Muslim world would come to Baghdad’s aid merely on principle, left him wanting when his smaller force was against the conglomerate of peoples that was the Khan’s horde.

There are lessons from history that a lot of preppers miss, I think, that lands them in an Alamo situation at best and a self-fed bullet last meal situation at worst. Though there is always something to be said for being stealthy enough to fly under the radar alone, or having the discipline to make a go of it solo, don’t get caught in a fine rug under the hooves of horses. 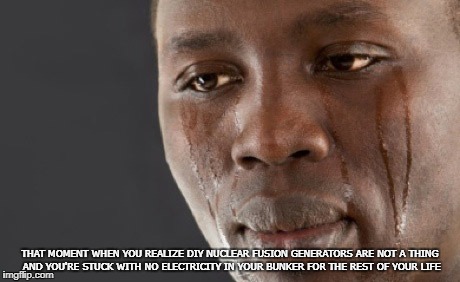 Buy land at minimal 10 acres and homestead. I like the watching homesteading and bushcraft videos on YouTube more than prepping videos. Especially if you plan on staying put in case of an event.

Move far away, raise chickens and rabbits and grow potatoes and carrots and have some fruit trees and whatever other veggies you like…

Ouuuuuu!!! A thread topic that I literally look into every week! Pinterest is a great resource for ideas.

Long-term sustainability is only as good as your security and environment. Much like crypto, you should always have an exit strategy and since you are in Atlanta, you should have a way to get out if shit hits the fan (SHTF).

What I would look into:

1. Water
Water is super valuable and not just for consumption. With your stream behind you, if you have access, I’d look into creating a micro-hydro electricity generation using the stream (you can get parts from an old washer that someone will throw out). Even if you don’t have access, you might be able to conceal it. (Not sure if you are already doing this)

2. Food
Buy in bulk and store it. You’d be surprised in what lasts a long time.

3. One man’s trash is another man’s treasure
Take a second look at anything you or your neighbors are about to throw out. Milk jugs (great for grabbing water on the go), washer (parts for a hydro generator), straws (jam them full of cotton and seal the ends for fire starters. Also great for storing seeds.)… literally almost everything can be used for SHTF items.

4. GTFO
Look on craigslist for used book bags and then create a 72 hr bugout bag for everyone in the family. (including the little doges).

A simple stupid bandage tin that someone put in my xmas stocking that I converted to a bugout bag emergency tin. Straws have been sealed with cotton, aluminum (for starting fires), and needle & thread (very important).

Great topic. I actually think the opposite of @sethlouey I am in a large metro area as well. My house is similar to a bunker in that it is brick and all but a few windows are 8 feet off the ground. Theres quite a bit of debate on getting out vs staying in. Most people will die in 72-96 hours in a true SHTF situation, so if you’re going to get out, it needs be timed perfectly or else you risk leaving amidst the chaos. Easier to do when most are gone or too hungry to move. So my plan is hunker down and then try and get to my BOL in 1-2 weeks. Highway bandits are a concern.

If you want to read an awesome article and get an idea of what it’s like this was an eye-opener.

One Year In Hell… - Personal Liberty®

I am from Bosnia. You know, between 1992 and 1995, it was hell. For one year, I lived and survived in a city with 6,000 people without water, electricity, gasoline, medical help, civil defense, distribution service, any kind of traditional service or...

Yeh. Guys. I profess I have what money can buy when it comes to prepping. I don’t have the skills. Those need to be learned.

Start a garden is a good first step?

gardening is a great idea. canning your own food so you don’t waste it is another.

Having what money can buy is always a bonus step. Why not take some of that money and enroll yourself into a survival course or two. Hands on education is always a good thing.

Learning how to build shelters, fire, gather water(and clean it), forage for food. Also maybe take a basic trauma course so you can do first aid when needed.

Kind of depends on your strategy as a first step. You bugging in or out?

I think you should learn how to garden, grow from heirloom seeds and grow plants from trimming. But I would also stockpile food as a garden is only useful if you can protect it or your in BFE already.

I would also look into aquaponics if you have the room. Meet + vegetables endlessly. Plants clean the water for the fish, fish feed the plants. Minnows feed the fish. I did it on a small scale, was fun.

How to Root Plant Cuttings in Water - Clever Bloom

Hey guys!  Thanks for being here!  Today I’m going to show you how to root plant cuttings in water.  This is a great way of multiplying the plants you have and sharing the plant love with friends.  I will say, it’s kind of hard to give a plant away...

I actually think the opposite of @sethlouey I am in a large metro area as well. My house is similar to a bunker in that it is brick and all but a few windows are 8 feet off the ground. There’s quite a bit of debate on getting out vs staying in.

Agreed 1000%. If the grid is locked up, then no point. But everyone’s exit strat isn’t the same depending on their location and situation.

well … first of all you’d need to secure your home, because if anything from what you are prepping happens, just imagine how many people will want a slice of your goods

FE my grandpas home, has steel bars (decorative designs though) on all of his house windows and on the doors that have access to the house, they are bullet resistant with 1/2" thick layer of steel all over the door, HD hinges for the weight of it, 3 point locking system and so on.

enroll yourself into a survival course or two

This is a great idea. Might be good lessons for the little doges as well.

DAYUM… Where does your Gpa live?! Russia???

Oh man, that was an eye opener. I don’t even take ABX when I’m sick. I just hoard them. 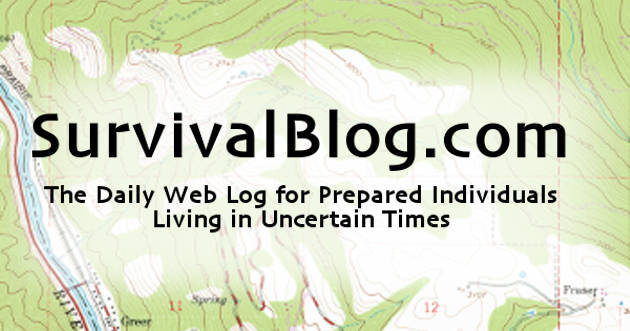 A Doctor's Thoughts on Antibiotics, Expiration Dates, and TEOTWAWKI, by Dr....

As a recently-retired physician who is married to a nurse-midwife, my preparedness group looks to us as the post-TEOTWAWKI hospital and medical staff. Medical progress has been exponential and even just the last decade of scientific breakthroughs can...

Nah, same place as I do here in Mexico

, he has his house that way for over 30 years now

Guess he really wanted some peace while sleeping lol

and a real life

I would also add. You should include your wife in on all of this. If something were to happen. Her being able to take action with you will make it that much easier. Your children will be enough of a worry. Carrying her and the kids would be a nightmare.

Now I’m not saying she has to be a marksman, be able to chop wood, ect. But any role she is prepared for would take the burden off you.

8. Was it difficult to purchase firearms? What did you trade for arms and ammunition?

After the war, we had guns in every house. The police confiscated lots of guns at the beginning of the war. But most of them we hid. Now I have one legal gun that I have a license for. Under the law, that’s called a temporary collection. If there is unrest, the government will seize all the registered guns. Never forget that.

Another reason why the 2nd amendment is important, but even more important to prep and hide yo shit.