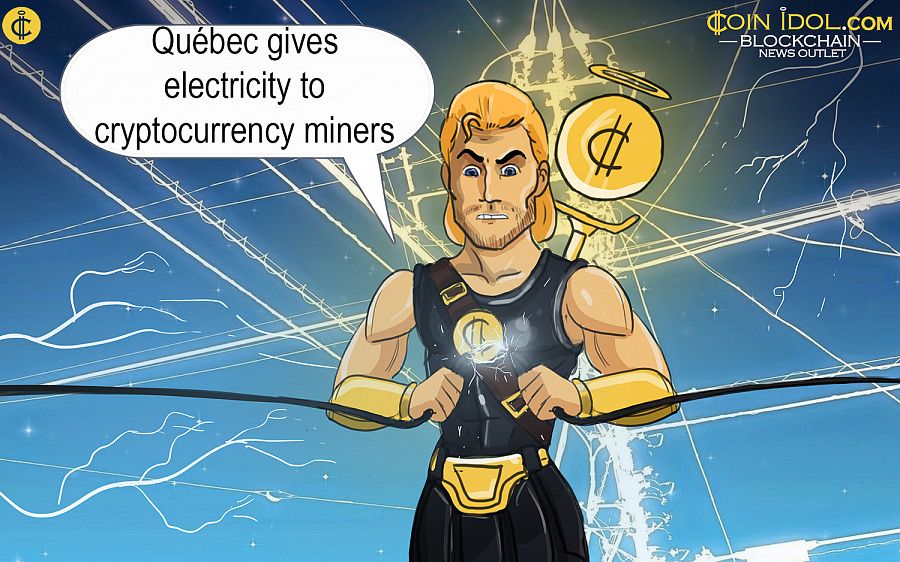 The Canadian province of Québec has prepared a proposal to cryptocurrency miners. The local government had earlier been pressured to tackle the issue of electricity consumers with the help of cryptography as far as blockchain technology is concerned...

The Canadian province of Québec has prepared a proposal to cryptocurrency miners. The local government had earlier been pressured to tackle the issue of electricity consumers with the help of cryptography as far as blockchain technology is concerned since they were highly demanding much power that it could supply.

On 7th June, electricity supply to cryptocurrency mining activities was temporarily lingered, immediately a week after a total ban was officially lifted.

Éric Filion, president of Hydro-Québec revealed that the blockchain industry is a promising avenue for Hydro-Québec and guidelines are however needed to make sure that development of blockchain industry fully maximises spinoffs for Québec minus resulting in rate increments for customers. Éric further said that they are fully participating in the Régie de l’énergie’s process to produce these guidelines as soon as possible.

The government also noted that the decision was considered to allow the company to continue fulfilling its duty of supplying electricity to Québec since the demand surpassed both the short and medium term capacity of Hydro-Québec.

The government asked Régie de l’énergie, the local energy watchdog, to immediately consider how this type of customer could be supplied in time to come. The economic benefits of supplying power for this blockchain industry is to generate revenue for the government and create more employment opportunities for the people.

Some of the Proposals to Consider:
The government further indicated that the enterprises would require to be supplied separately and Hydro-Québec would be in charge of recruiting candidates.

Hydro-Québec has taken a step to prepare proposals for the process to help them during the selection of mining companies. Among the proposals include setting aside 500 megawatts for the industry, determining the exact number of jobs to be created per megawatt and increasing power price for mining entities by a minimum of 1% per kilowatt hour.

These entities will be requested to reduce their power usage by 300 hours maximally per annum and this will favour those customers who will start the operations instantly.

The cold weather makes it easy for the mining activities since the mining computers used dissipate a considerable heat hence making Canada a famous hub for cryptocurrency mining operations.

In my town are many cryptocurrencies miners, and I have everyday problems with electricity. I will prepare the same project for my town because I am very disappointed when I don’t have electricity. Some months ago in my house, all the outlets burned and some electric equipment in the kitchen burned, too. One of my friends advised me the contractorstoday.com I called them and they came quickly. In one day they did all the work and the next day I went to buy the new equipment for my kitchen.