Just started reading Ready Player One again and I stumbled on this in the first chapter.

Btw… this is the second book that I’ve read on iBook… the first was The Martian. Im ver partial to paperbacks and IRL books… but for whatever reason, this wasn’t bad.

Nice yea I actually got a boatload of ebooks in a humble bundle. Kinda forced my hand. Been reading them on my kindle. I adjusted the background tint to a more bookish tan color. It’s not too bad. No book smell though.

I have Ready Player One on audible…need to get around to it. Charles Hoskinson was just talking about how gaming currency could be one of the first use cases for ADA.

Read (listened) both, loved them, did them in audible. I recommend trying out listening to a book if you get a chance. The Martian is a fantastic audio book.

You really need to get around to RP1 on audible. You will be flad you did!!

Really nice book, I’ve read it several times, was surprised when Peter brought it up in today’s stream. I wasn’t even aware a movie was being made. I guess I’ll watch it but with no expectations whatsoever

Andy Weir (The Martian ) actually wrote some fan fiction for Ready Player One on Nolan Sorento’s back story and it will definitely change your perspective of Nolan Sorento character. You can read it here: http://www.galactanet.com/oneoff/lacero.html

Did not know about this, will give it a read. Thanks for the bringing it up. I really like Weir’s The Egg and The Martian, awesome stuff.

Just found out there’s a movie coming out! 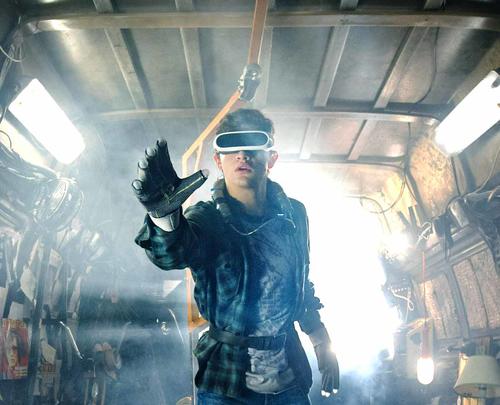 OASIS creator James Halliday left his immense fortune and control of the Oasis to the winner of a contest. When Wade Watts conquers the first challenge, he and his friends are hurled into a fantastical universe to save the OASIS and their world.

So the OASIS coin referenced could possibly be…*drum roll… BTC?! what you guys think? one universal crypto currency?