Roger Ver deposits 25,000 BTC to Bitfinex to manipulate the market

N00b or not, does not mean these threads need to break down into rhetoric lads

Yes you are emotional and mad at BCH. Don’t you see how fked up that is? What you witnessed was the biggest pump in crypto history. But it was more than that, it was a trial run. Those 3000 BTc buy walls that appeared on the exchanges at 0.5 BTc just before the crash were intentional and probably were Roger Ver and his pals. They basically let everyone out. It was an amazing thing i witnessed and tells me the pump was all about putting BCH on the map and testing the waters. 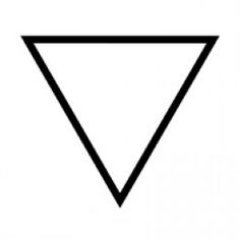 This is respectful, this is good

No, that question wasn’t towards you, but rather to @JasonMasterNET. He was talking about the hostile attack on BTC. But thanks for you inquiry on this topic. Of course, it is not “moral”.

But seriously, tho… Increasing the block sizes is the only one solution. What if the massive spam TX attack would fill these blocks again? There must be another way. BCH is the relatively new coin. And in the end, in case of the (very unlikely) takeover, BCH would have to deal with the same problems.

BTC can’t scale, so does the Internet, right?

I am asking to refrain from antagonisation, and be respectful please.

But seriously, tho… Increasing the block sizes is the only one solution. What if the massive spam TX attack would fill these blocks again? There must be another way. BCH is the relatively new coin. And in the end, in case of the (very unlikely) takeover, BCH would have to deal with the same problems.

This is a good way to debate it out bro.

BCH really isnt all that new since it is a fork. It is basically a hybrid of bitconi genesis and bitcoin segwit1X

Sure. But if it’s to reach the mass adoption (or at least VISA-like capacity and speeds), do you really think that bigger blocks would help? I don’t think so. It’s just temporal solution…

Segwit was not even a thing when Satoshi was around.

Noob question, tho: why do people so against to the Segwit? What makes Segwit so UN-Satoshi, if the Segwit was not there as an idea at the time of the whitepaper was published? I just don’t understand this particular thing…

The consensus decided that it needs Segwit for scaling. What’s wrong with that?

It is the technical issues with node signalling, wallets recognising the transaction and what chain, also, there are some issues with exchanges and compatibility.

The miners would have to change over source coding, and hardware.

A lot of cost

segwit is necessary. there is no way to have the amount of transactions needed for daily spending mass adoption with big blocks. The blockchain will become to big and difficult for nodes to be run, except by centralized powers. segwit is the foundation for lightning and also gets rid of the mining exploit the miners are fighting so hard to keep and misdirect everyone from

What we need, and i have said this in a previous thread;

Instead of hard forking into different coins; we need a sister-coin which is not actually a coin to be traded, but more a latency token, whereby it is fundamentally the bitcoin entirely, except, it is there for when latency increases on the blockchain, so it could detect difficulty ratio, recognise that the hash rate is dropping, and alleviate strain on one chain, by splitting a transaction into two parts, with a unique identifier, and at the end, having a protocol which amalgamates the two separate transactions, but this would be easy if the sister-coin was a replica of BTC with the same node signalling, and essentially the same blockchain, but with a change in source coding to recognise overload on the 1mb blocks, and then duplicate into its own 1mb blocks, on a different chain, but one that is parallel to bitcoin. So no free coins, no dumping free cash, as it would not be engineered in this way.

I strongly believe BTC can be scaled up, with a clone of the legacy chain, and a data exchange analysing node between the two to detect parameters, and then execute orders to the legacy chain, mark it in the ledger, generate the keys and signatures, validate it with a protocol to verify it, thus maintaining replay protection.

Guys, I have a new idea!

This is exactly what I was saying all the time when this “Segwit-NOSegwit” was started. Thanks for that.

All of the tech-related issues are understandable and, therefore, solvable.
Hey… About the change of hardware. Do the servers in the datacenters around the world still run the 80s equipment?

The miners incentives are totally OK. “Make a lot. Spend a lot less.” But in the tech industry, those with outdated equipment are usually the losers. =)

You do not understand the mammoth task it takes to do the changes that were proposed.

Look at the architecture that is hard coded into the GPU, and data swap protocols.

It is highly complex.

Maybe. I’m still learning, after all. We all are. Can you point me to some good read on the subject?
But as far as I can see, BTC can’t be mined on GPU. Not anymore, I mean…
Then why other ASIC resistant coins implement Segwit and still can be mined on GPU?

GPU’s have the highest hash rate for processing algorithmic calculations.

Roger Ver, in my humble opinion, is an ass. But a necessary ass at that.

I’m talking about ppl getting hyper emotional over a coin. Relax man, and don’t police my speech.

No he’s not. Its almost certain it was him adding those 3000 BTC buy walls at 0.5 BTC on multiple exchanges. He let everyone dump, gave them an out. If he was an ass he would not have done that.

I said he’s an ass in my humble opinion though.

Also, I don’t follow that 3000BTC at 0.5BTC at all? He sold BTC at half price last night on multiple exchanges? I call bullshit on that.