Spending On Blockchain Solutions Could Surpass $16 Billion By 2023

Spending On Blockchain Solutions Could Surpass $16 Billion By 2023

According to CB Insights, spending on blockchain solutions will surpass $16 billion by 2023. The data suggests that 58 industries have practically limitless potential. It is no secret that blockchain technology is on the rise and it’s here to stay.

According to CB Insights, spending on blockchain solutions will surpass $16 billion by 2023. The data suggests that 58 industries have practically limitless potential. It is no secret that blockchain technology is on the rise and it’s here to stay.

Over the last few years, major companies from Facebook, Samsung, Accenture ACN, IBM IBM to Amazon AMZN have dipped their toes in the industry. Even LG has entered the space, and is using a “Facial recognition service that combines AI and blockchain to make payments in digital currencies.”

Whilst, blockchain tech is still in its nascent stage, the impending growth opportunity suggests that it is here to stay. Here are 4 industries that could see big changes if blockchain technology is adopted.

Stablecoins Are Maturing Quickly, But The Accounting Needs To Catch Up

Banking in the last decade has given much more attention to digital services and non-traditional services such as PayPal and CashApp mean that people have less need to physically interact with banks. Decentralized finance (DeFi) could be a catalyst for taking banking fully digital.

Atul Khekade, cofounder of XinFin, an enterprise hybrid blockchain says, “The innovative intersection of finance and technology is expected to revolutionize trade financial institutions. The FinTech industry is growing at the rate of 23% year-on-year and blockchain is about to make finance more efficient. Banks and Fintech companies could distribute assets in a fully digital tokenized form to alternative asset investors to increase liquidity for the MSME sector. Traditional financial institutions and governments are beginning to realize the benefits of blockchain.”

Jan Sammut, the founder of IBIS Brokers believes that, “Finance is definitely the sector that has seen the most blockchain adoption. Since blockchain networks combine settlement, computing, and the unit of account in a single layer, they are perfectly suited to applications such as P2P lending.”

The blockchain is already being applied to international settlements and remittances such as in the Middle East and the ongoing COVID-19 outbreak means that there is even a great need for digital services. Should blockchain see wide adoption, digital banking could become even more efficient and expand its offering for customers. This is particularly true in countries such as Brazil, Lebanon, and Venezuela that have a significant population of unbanked people.

Pavel Shkitin, CEO of cryptocurrency exchange Nominex says, “The ‘global banking cartel’ has been taking cataclysmic hits since the turn of the century with more than 500 banks going bankrupt since 2001, the printing of trillions to save the already dying dollar, and the 2008 crisis, which devastated the world and desecrated the future of our children. Precisely at that time cryptocurrency was born, which was specifically designed to fix everything banks broke.”

The supply chain sector has been one of the biggest industries to embrace blockchain and for good reason. The technology by its very design offers an unprecedented level of efficiency in the recording and tracking of goods. This was quickly noticed by large firms such as IBM for the tracking of goods.

Carrefour, a French supermarket, has also used the technology for the tracking of food products from farms to stores. There has also been applied within the fashion industry for the tracing of sustainable materials. With widespread adoption, consumers and producers are able to virtually track every item purchased from the source to the final destination.

Jack Barrett, the CEO of Catalyst says, “Blockchain is finally breaking out of the hype phase as we have begun to see its innovative capacity at work in the financial industry, the supply chain sector, the real estate market, and so on. Personally, I see this technology take root and completely overhaul traditional financial systems plagued with cumbersome and costly processes.”

Wearable technology has become a staple for leading a healthy lifestyle. From tracking steps, monitor your heartbeat, to calorie intakes. With the outbreak of COVID-19, things have taken a new turn. 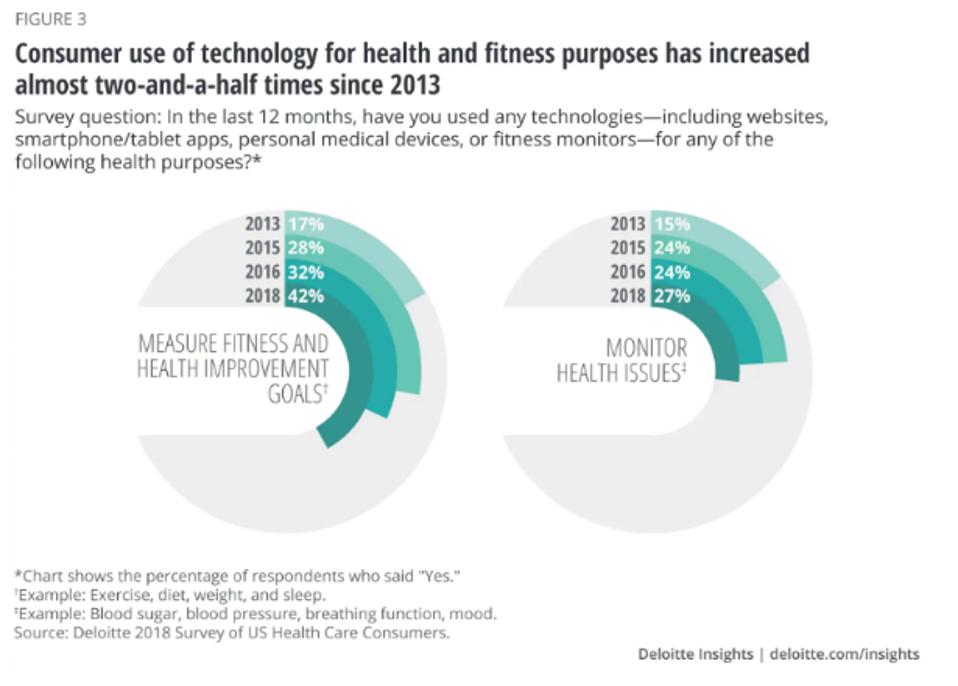 Herbert Sim, an advisor to BeFaster is of the opinion that, “The fitness is gaining momentum over the past 10 years. According to forecasts, in the US alone, the income of the fitness industry by 2023 will exceed 20 million. And in general, we can observe how fitness, jogging, healthy eating captures more and more people.”

Allan Zhang, the founder of DxChain, a decentralized big data, and machine learning network says, “This is a situation where the efficiency of blockchain technology in storing and tracking data can come in handy. Post-lockdown, the technology could be fully embedded into the wearables industry and this will provide immense value to customers in the long run.”

According to a recent study, artificial intelligence, distributed ledger technology (DLT) and the blockchain technology will have the biggest impact on asset investments in the upcoming years. At present, the asset management industry is valued at $74 trillion. 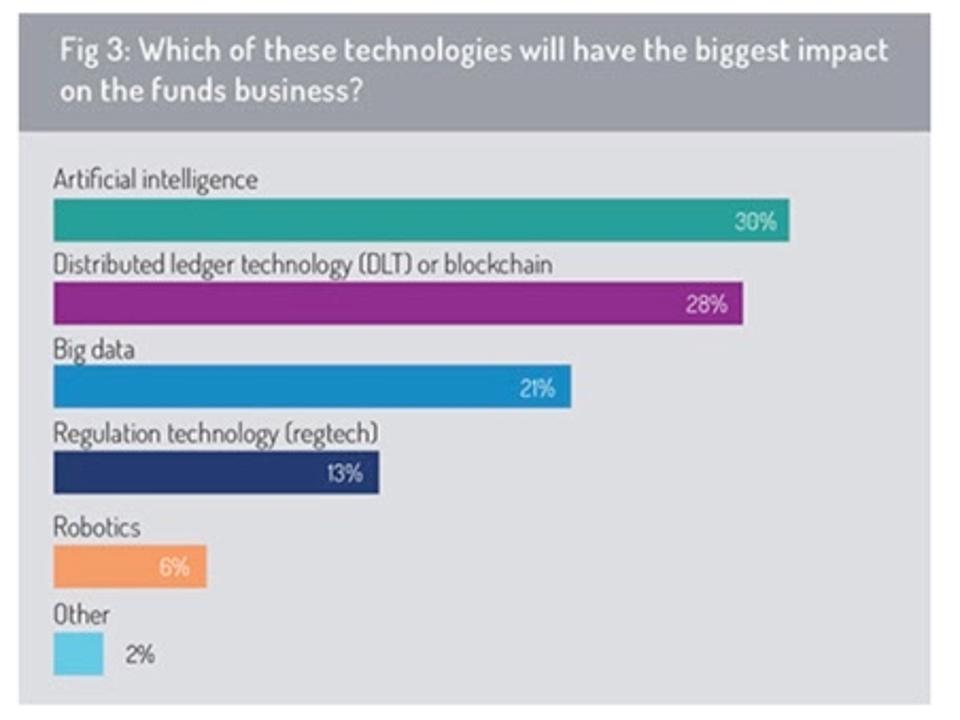 Which technologies will have the biggest impact on the funds business?960×720

Yubo Ruan, a 23-year-old venture capitalist who raised $60 million for his fund says, "The biggest asset management companies invest heavily in engineering applications, including infrastructure and backend servers. But if we look at some of the blockchain analogs, like the Compound protocol, we see that the cost structure is simpler. I see higher returns (~1%) than treasuries (~0.21%), and the infrastructure is already built on a proven technology that’s free for people to use and costs nothing to build or maintain.”

Ruan adds, “Pragmatically, this means financial products like ETFs and mortgage-backed securities can be synthesized on blockchain platforms at significantly lower costs. Additionally, blockchain-based asset management platforms tend to require lower minimum balances to invest, which is a major positive for adoption."