An investor update from September pegged completion of the Telegram Open Network — the social media giant’s long-anticipated cryptocurrency project — at 70 percent. Perhaps the most notable element of the report, which was leaked on LinkedIn and had not previously been publicly available, is that the virtual machine (similar in nature to the Ethereum Virtual Machine) required to execute smart contracts on the TON is all but ready to deploy. The news was first reported by The Block.

Telegram, the Russian secure messaging service that sees global usage, including within the crypto community, raised $1.7 billion in its private ICO sale. The Telegram Open Network is intended to be a competitor to Ethereum for the launch and execution of smart contracts and decentralized applications. This means that it will likely play host to yet more tokens, and the value of the token may well be influenced by future ICOs that use it as a base platform.

BitMEX CEO Arthur Hayes recently commented that the Telegram ICO tokens had yet to be listed on any secondary exchange and that he sees in the near-future of ICO tokens a “reckoning” — specifically in 2019.

According to the report, some aspects of the network in addition to the TVM are complete, such as Overlay networks. The parts that were lagging as of September, having less than 50 percent of the work completed, were the important block manipulation library and validation software stack.

The update did not specify when the test version of the TON will be live, but if we extrapolate from roughly 6 months of development at 70 percent completion, then a few months tops would seem to be a fair prediction.

The TON ICO had some intrigue when a fraudulent company named Telegram Open Network was established in Britain with the express effort of ripping off would-be investors, as CCN writer Conor Maloney wrote at the time:

“Telegram Open Network seems to have been created in an effort to divert funds away from the genuine project, and likely would have succeeded if the scam hadn’t been exposed. Their legal registration as a company could have legitimized the project in the eyes of potential investors, but the project came to Telegram’s attention recently, and a tweet on April 6 revealed that it was totally unconnected to the official project.”

This is seriously good news. I’ll be playing with this on launch. 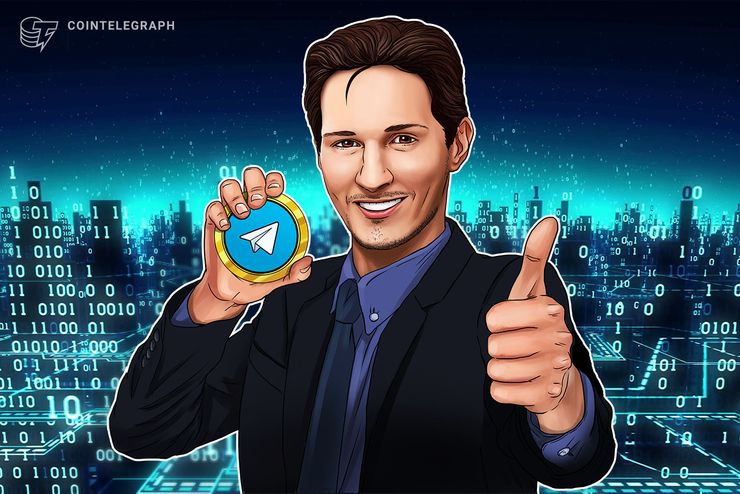 Plans to release a test version of Telegram’s TON blockchain platform were confirmed by investors this week.

USA probably wont be able to be apart of the ICO because its for…basically rich people.