The U.S. Office of the Comptroller of the Currency (OCC) has opened the door for federal savings associations and national savings banks to hold cryptocurrencies on behalf of their customers. 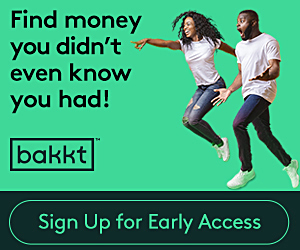 The U.S. Office of the Comptroller of the Currency (OCC) has opened the door for federal savings associations and national savings banks to hold cryptocurrencies on behalf of their customers.

The announcement, issued Wednesday, “applies to national banks and federal savings associations of all sizes” and states that such custody services represent “a modern form of traditional bank activities related to custody services.” The move comes just over a month after the OCC sought public input on the digital activities of such institutions, including in the area of digital assets and blockchain, and represents a significant sea change in the U.S. banking sector’s relationship with the nascent cryptocurrency ecosystem.

Published alongside its statement was an interpretive letter outlining the policy shift. Though unnamed, the letter cites a request “regarding the authority of a national bank to provide cryptocurrency custody services for customers.” The following section provides an overview of cryptocurrencies before outlining the particulars of what exactly constitutes custody.

The letter cites existing OCC guidance, which outlines that “that banks may hold a wide variety of assets as custodians, including assets that are unique and hard to value. These custody activities often include assets that transfer electronically.”

The OCC goes on to note:

“Providing custody services for cryptocurrency falls within these longstanding authorities to engage in safekeeping and custody activities. As discussed below, this is a permissible form of a traditional banking activity that national banks are authorized to perform via electronic means. Providing such services is permissible in both non-fiduciary and fiduciary capacities. A bank that provides custody for cryptocurrency in a non-fiduciary capacity would essentially provide safekeeping for the cryptographic key that allows for control and transfer of the customer’s cryptocurrency.”

Still, the regulator notes that any institution looking to provide crypto custody services should “develop and implement those activities consistent with sound risk management practices and align them with the bank’s overall business plans and strategies as set forth in OCC guidance.” What’s more, those banks must put in place “policies, procedures, internal controls, and management information systems governing custody services. Effective internal controls include safeguarding assets under custody, producing reliable financial reports, and complying with laws and regulations,” according to the OCC. In sum, the OCC wants banks that pursue this line of business to understand precisely what they’re getting themselves into when dealing with the particulars of handling and safeguarding cryptocurrencies.

In a statement, Acting Comptroller Brian Brooks — a former chief legal officer for crypto exchange Coinbase who took office less than two months ago after the departure of Joseph Otting — celebrated the guidance release.

“From safe-deposit boxes to virtual vaults, we must ensure banks can meet the financial services needs of their customers today,” Brooks remarked. “This opinion clarifies that banks can continue satisfying their customers’ needs for safeguarding their most valuable assets, which today for tens of millions of Americans includes cryptocurrency.”