As Dennis Rodman weighs a potential trip to Singapore for the summit between the U.S. and North Korea next week, a marijuana-focused cryptocurrency is hoping to cash in.

The former basketball star’s agent has confirmed Rodman is interested in the trip and wants to provide “moral support” to President Donald Trump and Kim Jong Un, according to the Washington Post.

“The PotCoin team as a community has been incredibly supportive of Rodman’s peace mission from the beginning,” Shawn Perez, a PotCoin spokesman, told the Post. “We’re thrilled to see how the political climate has improved between North Koreans and the U.S. since he became involved.”

The company, which was founded in Canada in 2014 and aims to give cannabis dispensaries and farmers access to banking services, has sponsored Rodman’s past travel.

When he visited North Korea in 2017, Rodman was photographed wearing a PotCoin T-shirt and baseball hat and promoted the cryptocurrency on social media. After that trip, Reuters reported that PotCoin saw a sharp spike in its value. 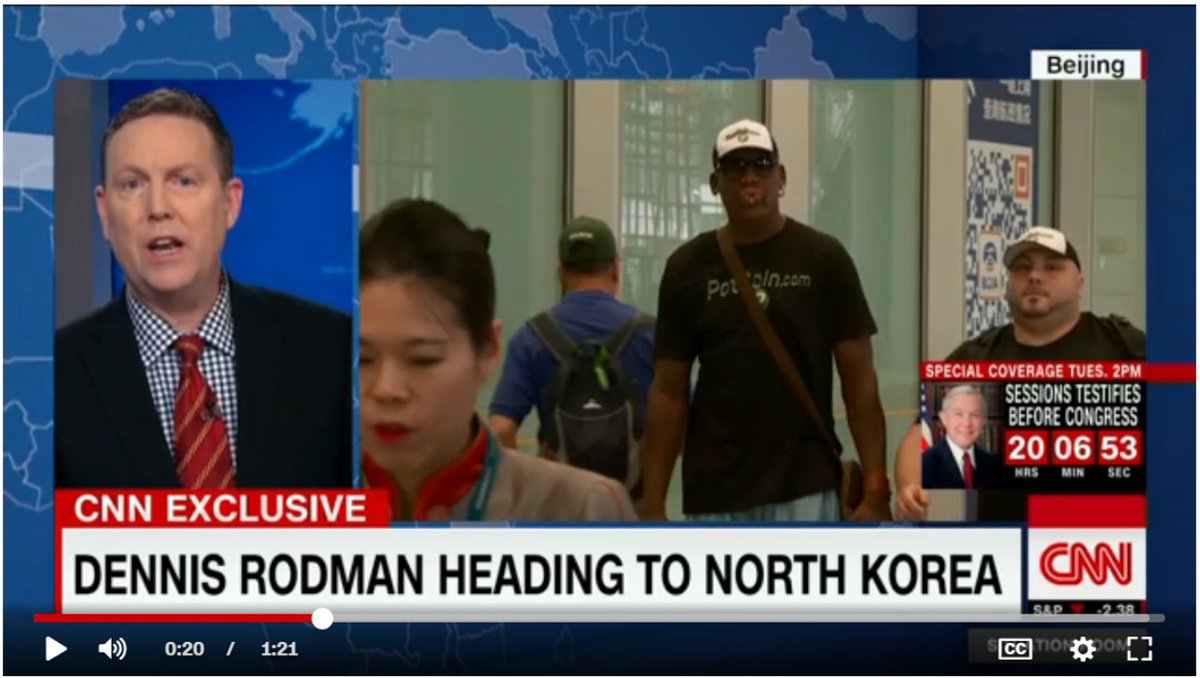 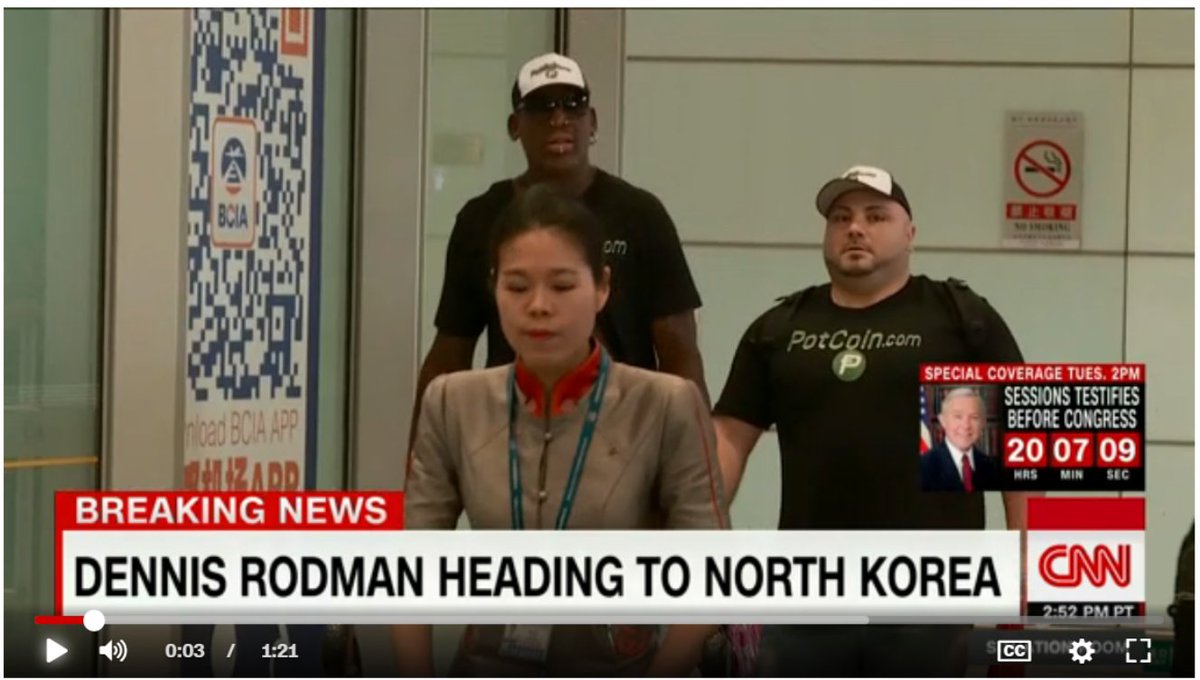 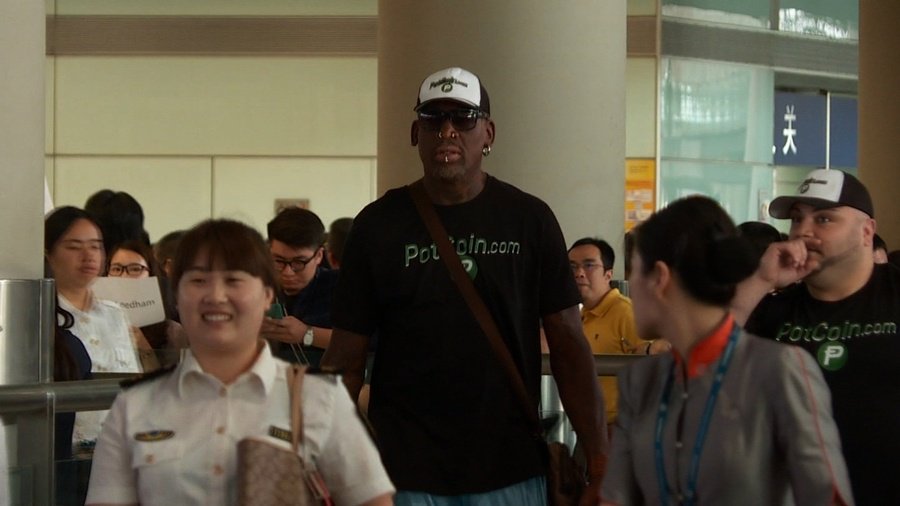 Rodman has also visited North Korea on several other occasions, including a trip in early 2014 that involved singing a version of Happy Birthday to Kim and organizing a basketball game with former NBA players and North Koreans. Many have criticized Rodman for his visits and his friendship with Kim as tensions with North Korea have increased.

PotCoin, though, is not one of those critics. The company offered high praise as it said discussions about Rodman’s upcoming trip were ongoing. 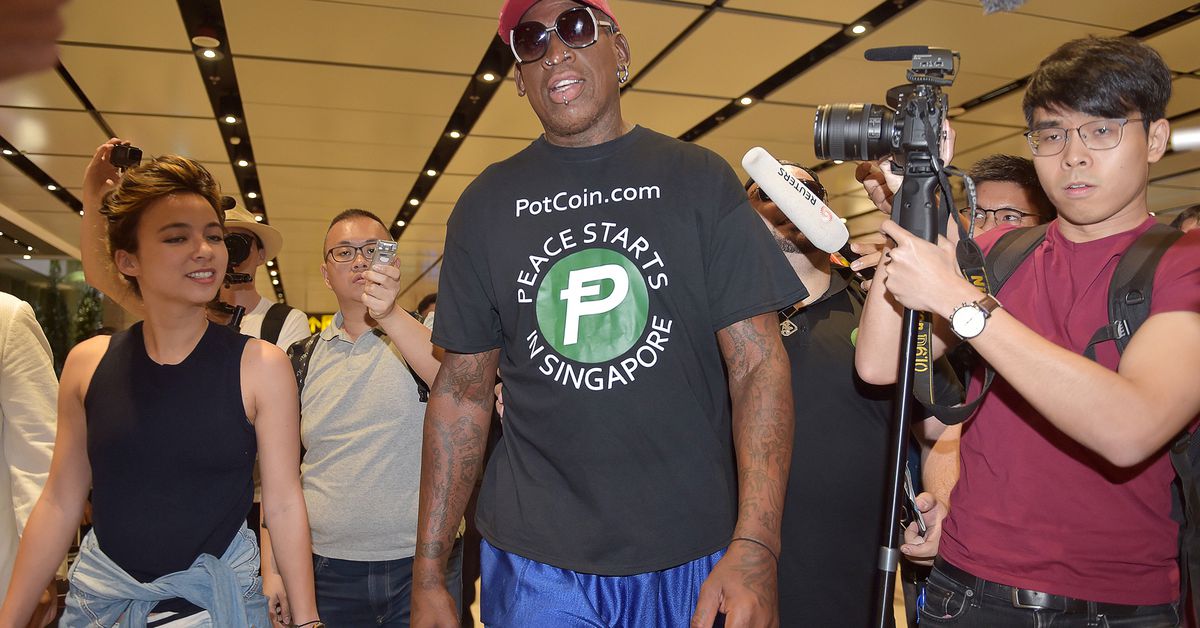 Why Dennis Rodman promoted potcoin at a North Korea summit

He wore a T-shirt to rep the virtual currency potcoin.