Who will build the crypto future?

ICOs have raised $3.6 billion dollars so far in 2017. Investment is pouring into crypto projects. And when teams publish their intended use of funds, a big slice of the pie chart always goes to hiring developers.

There are not nearly enough blockchain developers to fill open jobs today.

My kingdom for a dev

Dr. Jane Thomason of Abt Associates explains: “There are simply not enough Blockchain developers. Getting more developers proficient on Blockchain technology is key. Building the next generation of developers means major transformation [in] our education system. Kids in school are being educated for jobs that won’t exist!” Blockchain job posts on LinkedIn have tripled in the last 12 months, and demand is so strong that top developers earn more than half a million dollars per year. This amplifies the problem, since the best blockchain developers are making too much money coding in production to want to teach.

Blockchain is on the bleeding edge of a uniformly tight US job market: unemployment was at just 4.1% last month, the lowest rate reported since 2000. In fact, many blockchain developers have multiple jobs: they are turning down stable employment with a single paycheck to support several projects at once.

I’ve seen this up close as an EIR at Foundation Capital looking to build out a blockchain development team. And when I posted to Facebook to help a friend find work in blockchain, the response was fast and furious.

We are already seeing the impact of this shortage. Prominent crypto projects have cited challenges scaling up their development teams. Blockchain initiatives among financial institutions in Japan were hamstrung last year by the lack of available technical talent. And demand will only increase as the blockchain technology market is forecast to grow 7x by 2021.

Who is at risk? Everyone with a rooting interest in crypto. More people and teams building crypto projects will find their progress slowed or stopped by the lack of available coders. Investors who back these projects may fail to realize a return.

As more projects fail, the likelihood of heavy regulation on the industry will increase. And while crypto apps figure out how to make money, the cost of hiring blockchain developers may become too high for all but the Amazons, Facebooks, and Googles of the world to afford: another would-be financial revolution repurposed to helping the rich get richer.

Smart people are trying to solve this problem. Blockchain is still new enough that experienced developers can learn the basics and get up to speed fast. Academy (full disclosure: I’m an advisor) is the first U.S. accredited school for Blockchain development, and will offer six week courses to train qualified software developers on blockchain. Waves of new developers are likely on the way too: security and cryptography is the second most popular topic in Stanford University’s

These sources of new supply are promising, but whether they can meet growing demand remains to be seen. The magnitude of the gap is tremendous.

“I’ve been estimating the number of software developers that know the blockchain and last year it was about 5K to 7K in the whole world. Now we’re probably pushing 30K to 35K. That is nothing. That is a drop in the bucket. Just to contrast this, do you know how many Java developers there are around the world? There are 9 to 10MM Java developers around the world. The reason why I mention Java is because Java is really the language of the web. When Java came in, Javascript, it really opened up all these web applications. So you have on one hand 30K developers that know blockchain and 9 to 10MM that know Java. There’s a big gap. So to have more blockchain applications, we need more blockchain developers.” — William Mougayar, author of The Business Blockchain.

The lack of qualified developers puts the crypto space at risk.

It may also represent a huge opportunity.

It’s a good time to learn to build blockchain.

Where do we start educating ourselves to become blockchain developers, though? Learn Java for 10 years to start with?

One can begin now. It’s all possible with effort!

If you are already a developer, this is a great place to start 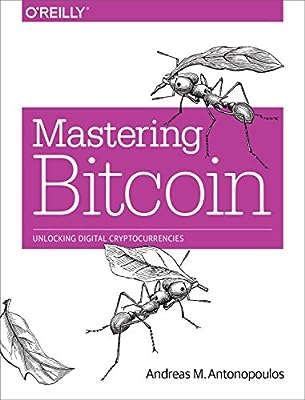 Mastering Bitcoin is essential reading for everyone interested in learning about bitcoin basics, the technical operation of bitcoin, or if you're building the next great bitcoin killer app or business ...