Why a Binance DEX could be a game changer

With the imminent launch of the Binance DEX testnet, Binance aims to strengthen its position as the number one exchange in crypto. But there’s controversy around the level of control Binance will have over its DEX and the true meaning of decentralization.

With a well-timed launch in mid-2017, just as the crypto bull market began to accelerate, Binance was able to leap-frog established crypto exchanges and become the number one exchange in terms of user numbers (approx. 10 million) and volume traded (+15 billion in the last 30 days). Despite a 2018 bear market in which many crypto businesses were forced to restructure and lay-off staff, Binance is estimated to have made a 2018 profit of US$446 million.

As trading-based businesses, exchanges are well positioned to generate revenues in both bull and bear markets, as long as they are able to provide liquidity and user volume. These requirements cut to the core of what looks on the surface to be a strange decision – Binance is pushing ahead with the launch of a decentralized exchange or DEX. Binance CEO, Changpeng Zhao(CZ) confirmed via Twitter that its DEX testnet will launch on February 20.

What’s a DEX and why would you use one?

Instead, trades take place directly between users with funds always held on individual trader’s wallets. A DEX also allows for privacy, as users typically don’t have to KYC and a DEX does not hold customer records. Decentralized exchanges hold a lot of promise and their eventual success will be crucial to the long-term health of the cryptocurrency ecosystem.

However, existing DEX’s have failed to gain traction. They’re difficult to scale, they lack liquidity, and the user experience has been clumsy, often requiring a level of technical know-how beyond most users. Recent data reported by Diar suggests that DEX trading volumes dropped to an all-time low of $49 million for the month of January. If its DEX is to be successful, these are the issues that Binance must solve. If it succeeds, Binance will secure its position as a top exchange and make a strong case for the future of its BNB coin. Let’s look at why.

In early February, Binance CEO Changpeng Zhao ‘CZ’ hosted a Twitter (AMA) livestream where he provided new details on the upcoming DEX. While it seems counter intuitive for the number one centralized exchange to launch a DEX, CZ explained, “We want to disrupt ourselves and not wait for other people to disrupt us. So that’s why we’re offering Binance.com as the centralized exchange. And then we are also offering the decentralized exchange Binance Dex. So in the ideal world, we want to be in a leading position in both places. As time goes on, we will continue to improve both products and we’ll let the market decide.” 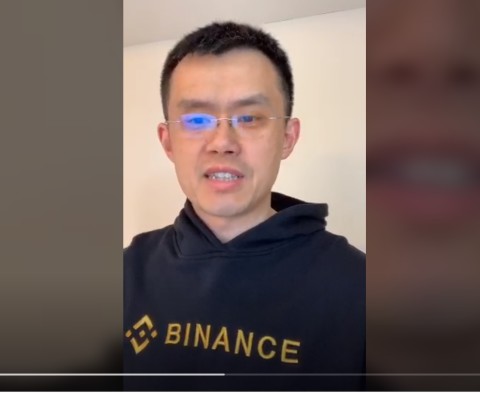 Binance released a video in December showing off the user interface for its DEX, which looks very similar to its existing exchange. The user experience looks good so far, and this will be key if it’s to succeed. Binance’s DEX is built on top of Binance Chain, and uses Binance Coin (BNB) as the native asset for the chain (Like Ether on Ethereum). Binance Chain was created by forking the Cosmos Tendermint blockchain and stripping it of any unnecessary features in order to focus on trading performance. “Cosmos had the closest thing we were looking for,” CZ says. “We took Tendermint, and we made a fork out of it and chopped a lot of things out. So, in the Binance Chain, there’s no smart contracts. We just have an interface for you to issue tokens, and then you can trade it. Binance Chain is a very simple chain in terms of application, but it can handle very large loads. It is our opinion that the load is more important than the features.”

When CZ says the interface allows you to issue tokens, he means that new projects will be able to issue their own tokens on Binance Chain. In other words, projects will be able to effectively run an ICO, raising funds in BNB. This strategic pivot is commercially savvy, as it has the potential to strengthen BNB across multiple vectors. It will increase demand for the BNB Coin, leading to an increase in volume, liquidity and eventually value, further strengthening the use case for BNB and the entire Binance ecosystem. BNB has been one of the best performing coins in the bear market and this month it set a new all-time-high against Bitcoin.

Given all this, new users could be attracted to Binance’s DEX due to the opportunity to gain access to early investment opportunities, while new projects will be incentivised to launch on the Binance Chain (after paying a fee of US$100,000) to gain access to the liquidity provided by Binance’s large user base.

While it makes good business sense for Binance to launch a DEX, many in the industry remain sceptical and question just how ‘decentralized’ the Binance DEX will be.

The idea of decentralization, or the lack of a central authority, is one of the core tenants in blockchain. For example, the Bitcoin blockchain, which comes closest to a true definition of decentralized, has over 10,000 public nodes. By contrast, the Binance DEX testnet will have 11 large nodes all controlled by Binance. A small number of large nodes will allow for the high trading speeds required, but as respected crypto thought leader @Notsofast commented on Twitter, “It’s so far away from the most decentralized end of the DEX spectrum, 11 validator nodes all controlled by Binance, that it is a marketing point for the tech-illiterate only.”

It’s a valid point. The whole rationale behind a decentralized exchange is to have no central authority and yet here is Binance, a large centralized actor setting up a DEX, perhaps to benefit the crypto ecosystem, but more specifically to strengthen Binance as a business and benefit its own BNB coin.

To be fair, no one else has managed to establish a DEX with any notable user volume, and true decentralization is not something that can be achieved overnight. CZ and the team at Binance are sensitive to these criticisms and in response they recently posted a blog titled Centralization vs. Decentralization.

While he acknowledges it may be an unpopular opinion CZ says: “the truth is, for the majority of the population out there today holding crypto on a trusted centralized custodian service is probably safer and easier than holding cryptocurrency themselves.”

Like it or not, this is an uncomfortable truth. Given the complexities involved in storing crypto assets securely, for mainstream users uninterested in the intricacies of private key storage, CZ is correct. That’s why we’re yet to see a successful DEX. The fact is, the majority of crypto assets are stored on centralized exchanges and that’s unlikely to change until private key management becomes much, much easier.

The Binance DEX will be non-custodial, meaning users will be able to use a hardware wallet such as a Ledger, connect with the Binance Chain, safe in the knowledge that their private keys will never leave the device. So from that perspective, Binance Chain is a DEX, it’s just that Binance will have a lot of influence in the beginning. 11 nodes on a testnet sounds very centralized but CZ affirms that this will change over time. “Do we have a lot of influence over the network and the validators? Yes, we do. I think it’s important for us to maintain that influence in the early stages. As time goes on, more and more validators are going to join, and our influence will decrease.”

What’s still not clear is when the DEX will launch on live net, whether users will need to KYC, how many tokens will be tradable and whether fiat on-ramps will be available. That said, it’s reasonable to assume that the Binance DEX will be crypto to crypto only — as fiat on-ramps present a higher level of regulatory hurdles. The KYC issue will be fascinating to watch. Binance are known for having a laissez-faire approach to regulations, and yet they will be wary of antagonising regulators and risking their reputation. But if users have to KYC, it’s not a DEX. Watch this space.