Why I chose Brave as my Chrome browser replacement

Readers of this august website may recall that a year ago, I lauded Firefox and its progress toward becoming a genuine alternative to Google’s dominant Chrome browser. As much as I liked where Firefox was going, however, I couldn’t stick with it over the long term. It wasn’t compatible with everything the way Chrome was, its extensions were different, and, for my way of using a browser, it was slower and less responsive. So I returned to Chrome after a few weeks of Firefox, but the urge to decouple my browsing habits from Google remained.

This year, I’m pretty sure I’ve found the ideal Chrome alternative in the Brave browser. If your reasons for sticking with Chrome have been (a) extensions, (b) compatibility, © syncing across devices, or (d, unlikely) speed, Brave checks all of those boxes. What’s more, it’s just one of a growing number of really good options that aren’t made by Google.

Before I get too far into my Chrome avoidance methodology, a word on why I’m trying to escape Google’s browser. The reason is a sentiment you’ll have heard expressed quite often in recent times: I’m growing less and less comfortable with having Google know more and more about me. As an Android phone user, I’m already informing Google about my location (even with location history off, Google periodically pings my device’s location), my mobile gaming and app usage, my YouTube-watching habits, and my chronic failure to get off Twitter. Given that I do a large proportion of my job in a browser, Chrome fills in the rest of my daily activities for Google in a manner so comprehensive as to be disturbing. If I wouldn’t want a single person to know what I do every day down to the finest detail, I shouldn’t want a single corporation to have that information, either. 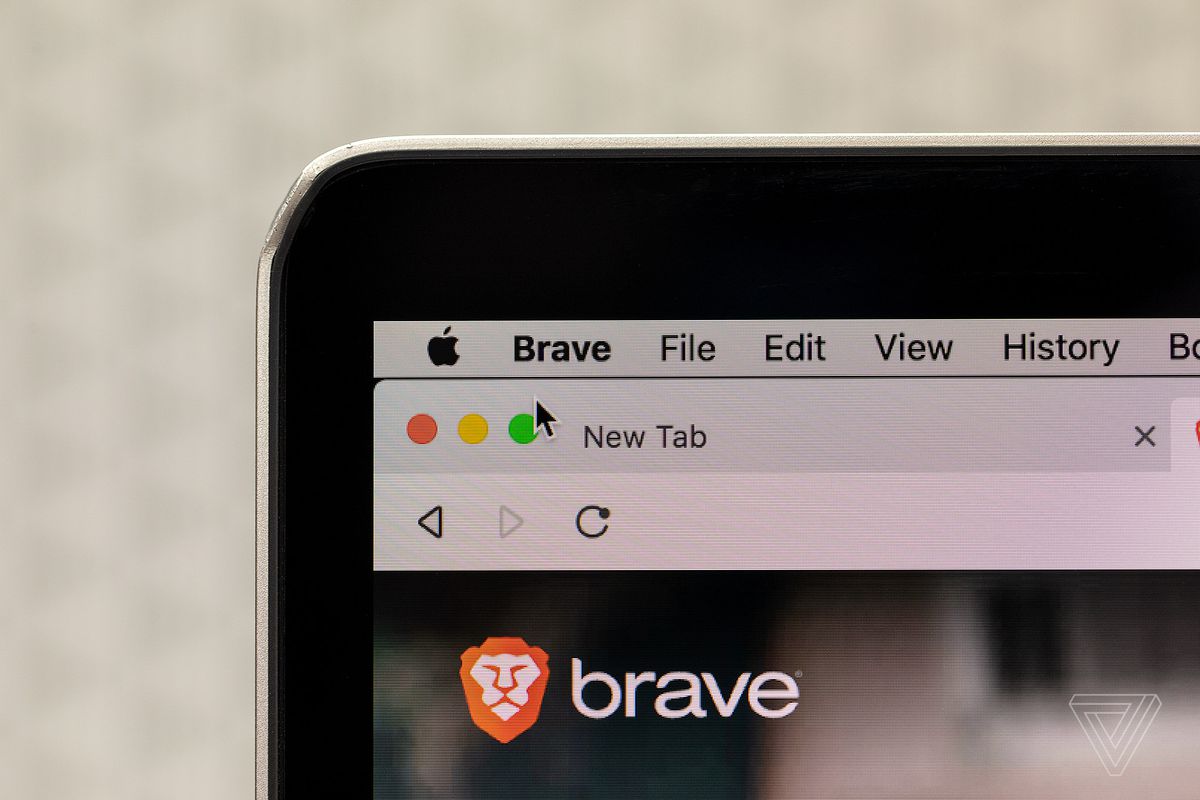 What liberates me to switch away from Chrome today, after many years of having it as my go-to web browser, is the fact that most of its competitors are now built on the same basic structure: open-source Chromium. Brave is based on Chromium, and so are other viable alternatives like Vivaldi, Opera, and soon even Microsoft’s Edge. That means each of those browsers supports Chrome extensions and provides performance comparable to — or, in the case of Brave, faster than — Google’s Chrome. All of the places where Firefox or Safari might get tripped up by a website or service demanding Chrome, Brave marches on. I’ve installed the Google Docs Offline extension on my laptop, and I’m happily typing this article with it, even though Google says it’s only for the Chrome browser.

One of the more “sticky” aspects of Chrome is Google’s extremely convenient password-saving functionality. It automatically saves and fills in your login details for any website you visit. If you’ve saved a few dozen logins into your browser, you’ll be loath to ever try another one. Well, most browsers now have built-in password managers, along with the option to transfer passwords as well as browsing history when making the switch, but I wouldn’t advocate either resting easy with Chrome or setting up the same system with another browser. It’s just too insecure. What you want is a dedicated password manager.

It was once I installed 1Password that I could truly become browser-agnostic. Yes, it took me a while to move in all of my relevant login identities and passwords, but that’s a one-time investment of effort that pays off in long-term peace of mind. And because I could use the 1Password Chrome extension across Brave, Vivaldi, and Opera, I could do all my testing with the same set of credentials and without having to trust any one of those browsers with my confidential information.

As to how I came to my Brave decision, it actually started with Vivaldi. I was prompted to revisit my choice of browser when the Vivaldi developers — a group that formerly worked on Opera, which is why you might find quite a few overlaps between those two browsers — announced the introduction of tab stacking, a feature that seemed strangely absent from all other browsers. I was familiar with Vivaldi from its early days in 2016 when it was still rough and unready, so I checked in on it to see how it had evolved. The answer is more revolutionary than evolutionary, as Vivaldi has grown into the most user-customizable browser available.

BRAVE AND VIVALDI ARE REAL CHROME RIVALS, BUILT ON GOOGLE’S OWN CHROMIUM

Aside from helping you create tab stacks, Vivaldi also lets you put your address bar at the bottom of the window, if you so desire, and its theming options go deep enough to include a setting for how rounded you want the corners of your tabs to be. You can set your preferred accent and highlight colors, and you can specify the number of mouse gesture interactions for things like opening a new tab. Opera has some of the same gestures, but Vivaldi has more. In fact, that’s the story of those two browsers: Opera has a few neat features and extras. Vivaldi has the same and more.

But Vivaldi is still not the finished article, as evidenced by its constant updates and my unfortunate discovery of a couple of bugs that crashed the browser entirely. I also wasn’t satisfied with the stability of Opera on my MacBook Pro, and neither browser impressed me with its speed. There’s still a chance I might have opted for Vivaldi — as my colleague Dan Seifert has done — purely out of appreciation for the company behind it and the effort to create a web browser that’s infinitely personalizable. If it wasn’t for Brave. 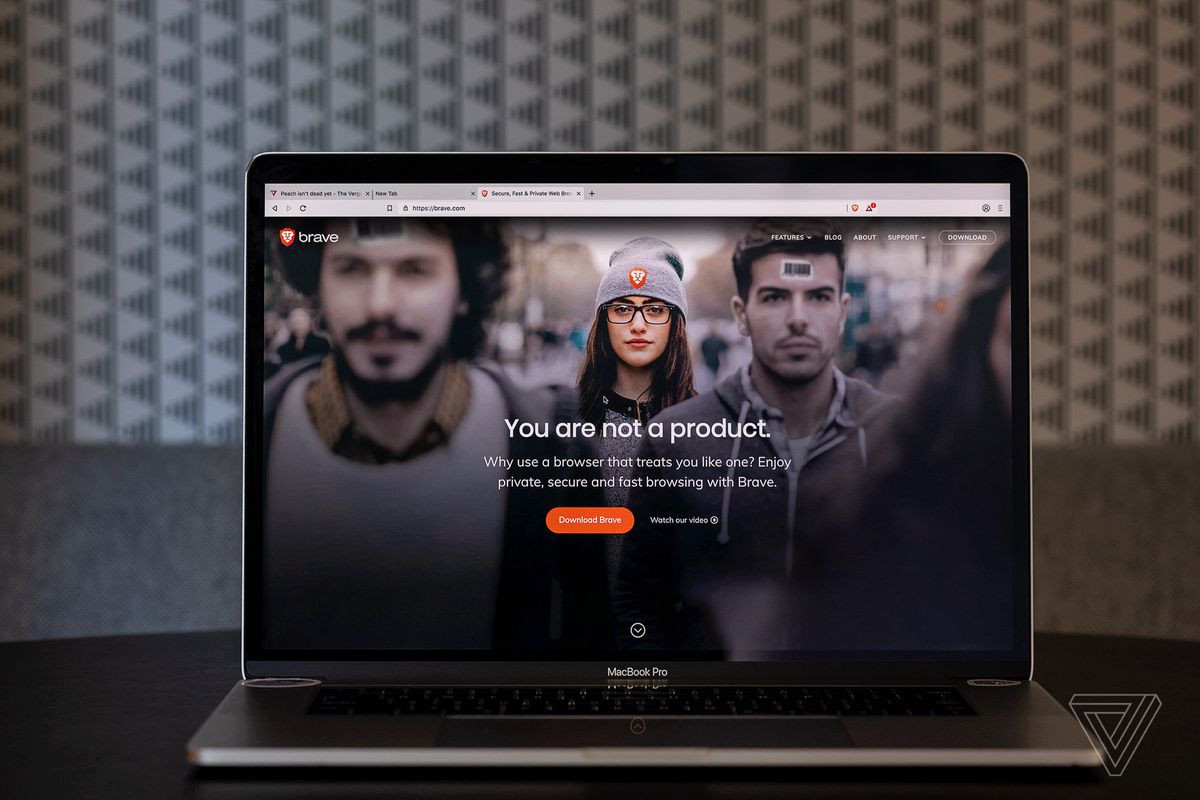 Unlike Vivaldi, which still doesn’t offer a mobile app, Brave is truly cross-platform, letting me bench Chrome on my Android device just as I’ve done on my Mac for work and my Windows machine for entertainment. Brave also has a built-in ad and tracker blocker, the nice aspect of which is that it doesn’t trigger the ad-blocker alerts that some websites surface. Having previously used Ghostery for this purpose and encountered a couple of incompatibilities in the process, I appreciate the way privacy protection is built directly into Brave. The option to “lower shields” is also immediately available, so you can selectively permit individual sites.

Also unlike Vivaldi, Brave’s theming options boil down to a choice between light and dark. I’m fine with that. And if I’m not, I can go grab something from the Chrome theme store because, yes, Brave is compatible with Chrome themes, too. The overall look and feel of Brave is deliberately spartan: it’s not simple because it’s incomplete; it’s simple because it prioritizes speed.

Browsers are always a headache to compare in terms of performance, as most of the benchmarks available for them are impossible to relate to real-world tasks. This is why I invested a couple of weeks into switching between Brave, Chrome, Firefox, Vivaldi, and Safari — the top five options on Apple’s macOS.

I did eventually run some synthetic benchmarks using browserbench.org and Basemark 3.0 to confirm or refute my findings, and they agreed with my conclusions. Chrome and Vivaldi are similar, though Vivaldi takes longer to launch, which, in my case, is important because I often quit my browser to get rid of a big pile of tabs and then restart it afresh. Firefox continues to feel like the slowest option from the bunch, and it performs worst on benchmarks, like those provided on browserbench.org. Brave is tangibly faster than Chrome, and because it otherwise behaves like Chrome, it’s the fastest browser for my use. Safari’s refusal to embrace favicons on the favorites bar and its inconsistent tab sizes make it a less usable browser for me.

Brave is a speed and privacy upgrade over Chrome, and the switch to it has prompted me to belatedly start using a proper password manager. It’s an all-around victory, albeit with one imperfection: a whole bunch of sites now think that I’m a bot. It must be a feature of Brave’s tracker-blocking behavior, but I’m seeing a heap of visual CAPTCHAs and other additional security checks that I didn’t see when browsing with Chrome. Swiss Air offered the most informative explanation for why I was going through an extra check, telling me I’ve exhibited “unusual behaviour … which resembles that of a bot.” Personally, I like this. I like the idea of my browser being so protective of my privacy that I stop appearing human to the rest of the internet. Other than that one foible, there’s no downside to making the switch.

I don’t begrudge anyone’s choice of keeping Chrome as their primary web browser. For all the critique it receives as a resource hog, Google’s browser is still the most full-featured and hassle-free experience of the web for the majority of people. But if you’re willing to make a couple of small changes and adjustments, there’s probably a better browser for you out there, whether it’s Brave or Vivaldi, and the task of making the switch has never been easier.

got my first 30 BAT for installing it and trying it out!

It’s my main browser on my phone. A lot faster and uses less data than other browsers due to blocking ads and whatnot.

Very close to switching on PC

. There are a few bugs on the Brave PC version that turn me away, but once those are fixed then I’ll make the switch.

I’m dumb I just had to set my default browser